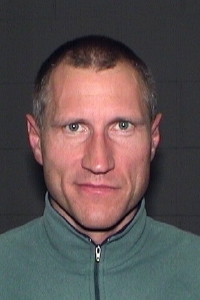 Update: Wednesday, 11:30 am – The Mono Sheriff’s Office issued another brief statement to say Dr. Bourne was found on Hot Creek Hatchery Road by his wife.  Here is the full press release:

“On Tuesday, January 24th, 2012, at approximately 4:00pm, Mono County Sheriff’s Dispatch received a 911 call regarding a deceased male that was found on the Hot Creek Hatchery Road outside the Town of Mammoth Lakes area.

Dr. Andrew Bourne, age 46, of Mammoth Lakes, was found deceased by his spouse. There is no evidence to suspect foul play in the death; however, the final cause of death is still under investigation.”
The tragic story of Dr. Andrew Bourne of Mammoth Lakes and his recent arrest turned an even darker corner Tuesday night when the Mono Sheriff’s Department confirmed reports that Dr. Bourne had died. Privately, highly placed Mammoth sources called his death suicide. The Mono Sheriff’s Department said the cause of death is under investigation.

KEYT News of Santa Barbara reported that sources told them that Bourne took his own life by injecting himself with drugs. The Sheriff’s Department reported in a brief press release that their dispatch received a call Tuesday at 4pm regarding a deceased man in the Mammoth Lakes area.  Officers said that the 46-year-old Dr. Bourne was found unresponsive.  Some reports said his body was found out Hot Creek Rd.

The Sheriff’s press release said that Long Valley Fire Department, California Highway Patrol, Mono County Paramedics and Mono Sheriff’s deputies were dispatched to the scene.  Officers said when units arrived on scene, it was determined that Dr. Bourne was deceased.

The press release said that foul play is not suspected and the cause of death is under investigation. Again, other sources, including KEYT News of Santa Barbara reported that Bourne took his own life.

On January 5th, Santa Barbara Police had arrested Bourne and Joe Walker of Mammoth Lakes on sex crime allegations involving a 15-year-old Santa Barbara girl.  Bourne faced eight counts of illegal communication with a minor to facilitate sexual activity.  Earlier this month, Bourne had lost his surgical contract at Mammoth Hospital, and he resigned from his seat on the Mammoth School Board.

The Mammoth Hospital website recites the many good deeds of Dr. Bourne’s life, including his extensive education, many surgeries, teaching and volunteer surgeries in Mexico, Jamaica and the Philippines.  He also volunteered in a trauma surgery program at a US Army Medical Center caring for casualties of war in the Middle East.

Bourne’s service to others was eclipsed by the arrest and charges. As many in the community of Mammoth Lakes talked about Bourne’s death, others pointed to a report in the Santa Barbara News-Press that said Deputy District Attorney Mary Barron had told the Judge in Bourne and Walker’s case that Dr. Bourne “allegedly discussed with the alleged victim his intent to commit suicide to evade charges.”

New CodeRed app
In search of a loving home