By News Staff on May 9, 2019 in General Misc. Stories, Obituaries

Dorothy Dondero  91 Passed away peacefully on April 27,2019 At home with her daughter Nicole and son-in-law James by her side. 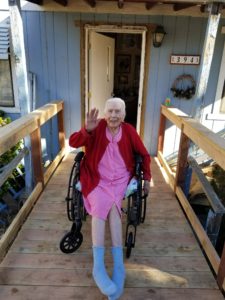 After meeting the man that stole her heart  Dorothy married Roy Dondero on May 7,1963 And moved to Lee Vining California to raise their family. Dorothy lived in Lee Vining until the passing of her husband Roy Dondero in 1986 Then return to Big Pine California where she lived out  The remaining years of her life.

Dorothy loved her family dearly she will Truly be missed she was our rock .

We love you mom.

Per Dorothy’s request there will be no services