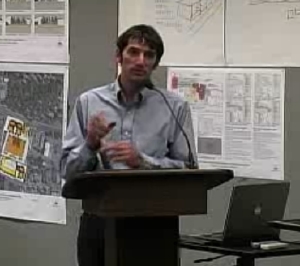 When the Mammoth Town Council last met, Nate Greenberg, who is co-ordinator for the Digital 395 project, spoke to the Council about issues related to this major undertaking. But it was Councilman John Eastman’s question that most relates to the public.

Eastman asked Greenberg when Digital 395 would be complete and when customers could get better internet service. Greenberg said the completion date is July 30th. He said the crews at work on the project are “going for that.” He said there may be some more work that has to be done after July 30th.

When Eastman asked him when people can expect better internet, Greenberg said the hope is to complete distribution work in Mammoth Lakes by the end of June with customers realizing better service in July and August.

Greenberg called Digital 395 the largest project since the construction of the Los Angeles Aqueduct. He described it as the first, middle and last mile with servers on one end, consumers on the other and the internet in the middle. He described the Eastern Sierra Connect group which sent out surveys and received 700 responses about issues with internet service now. He said comments ranged from too expensive, not available or too slow. He said Digital 395 will change that.

Service to customers will come from Verizon, Suddenlink and possibly Schat.net. Greenberg also pointed to new opportunities ahead such as other cities have enjoyed – location of new companies that need access to fast internet service. He also suggested that local officials might want to create policies related to Digital 395 like requirements for developers to install underground conduits for internet service.

As Councilman Eastman noted, crews have been at work in Mammoth Lakes installing fiber optic cable to what are called anchor organizations like Mammoth Mountain, Sierra Center Mall, the Post Office and several other locations that will receive direct hook-up.

And Wednesday, the Mammoth Town Council had scheduled a special meeting to start at 4pm. The agenda lists only a workshop with the Planning and Economic Development Commission.

Question, the company installing these digital lines for digital 395 project has made a mess in some of the Crowley Lake area, exposing springs and removing a lot of native Lupin flowers etc.I wonder if anyone is even overseeing the management of the lan ds they are digging up? It… Read more »

“This wild land” is an overstatement. The lands are adjacent to a major public roadway, easily accessed, and will feature a huge technological improvement for the area. The project already had a comprehensive EIS and there was a FONSI. https://www.blm.gov/epl-front-office/projects/nepa/16752/23655/24506/draft_FONSI_Aug_2011.pdf Question: Do you think the environmental impact of “exposing springs”… Read more »

Dean, Thank you for letting me know that the digital 395 project has had a comprehensive EIS done. I had no doubt these steps were take. I am concerned with the Damage being done and who is responsible for the mess. A study is one thing, but is someone overseeing… Read more »

Exactly what danage are you talking about? The ditch they dig is not very deep or wide. More damage is done by the OHV people in one day.

There is no mess being made. No more anyway than the mess that was made to get water to your house, power to your work (if you work), and for your current internet connection. You obviously seem to use the services that have been provided to you. And lets not… Read more »

LOL. I am ok with some weeds dying next to the highway so I can get faster Internet speeds. The weeds will grow back.

Largest project since the construction of the LA aqueduct? Maybe, but only if you don’t count the Owens Dry Lake dust mitigation. Also, before we get too excited about better internet via Digital 395, we still need to hear how much more it is going to cost us.

Sierra Center Mall is an anchor business? God help us.

In all seriousness though this is wonderful news

Very interested to hear from Suddenlink regarding their pricing plans for the faster service.

I received an email from suddenlink. I have 1.5Mbps now. They are upgrading me to 15Mbps for the same price as the 1.5!

They will also offer 30Mbps and 50Mbps for unknown higher costs.

So excited! Can’t wait to be able to upload Youtube videos in under 3 hours.