Monday afternoon, July 7th, the Inyo County Sheriff’s Office responded to the 300-block of South Pa Ha Lane in Bishop to contact Raymond Denver, a 42-year old man, who was wanted for kidnapping, vandalism and battery. 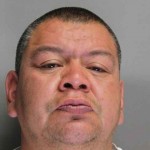 As the Sheriff’s Deputy and Tribal Police were approaching Denver, an extremely aggressive dog advanced from behind the residence and attempted to bite the Sheriff’s Deputy. In an effort to protect himself, the Deputy fired one shot at the dog. Animal Control responded and transported the animal to a veterinarian where it expired from the gunshot wound.

Denver was taken into custody without further incident and is currently being held at the Inyo County Jail under felony charges. Bail has been set for $250,000.

should have shot the other animal, but i guess he was raised where the library was closed on mondays or they didnt have one

Poor dog, stupid human.
Any word on what breed of dog?

my friend Louie said it was a Doberman… so sad

Kidnapping, why would anyone want more kids?