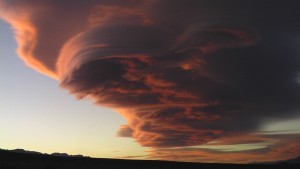 heavy rain. Debris clouds, here and there, will make it difficult to accurately predict temperatures.  Overall though, warm temps will prevail thru Thursday or Friday. The situation begins to change on Friday as a couple of shortwaves move thru the PACNW. This will shift the winds and reduce the chance of T-Storm activity. However, there will still be possible activity over the higher terrain of Inyo and Mono County thru the weekend. Temps will decrease a little over the weekend as well, to about normal for this time a year.