One of our neighbors fell into serious trouble and the communities of the Eastern Sierra have stepped up to help him. 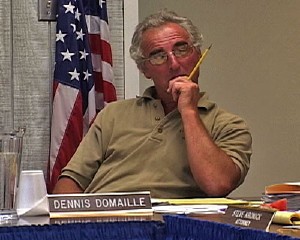 Dennis Domaille, a longtime member of the Mammoth Community Water Board and creator and owner of the famous Tioga Mart in Lee Vining, suffered severe burns when he was trying to fill an RV propane tank at the Tioga Mart and Mobil. The tank blew up.

Dennis was rushed to the UC Davis Burn Center where he has remained hospitalized for many weeks. During this time, it came to light that he had developed a serious blood condition that required ongoing transfusions.

As posted on the door of the Tioga Mart, a blood drive in Mammoth Lakes that starts October 21st offers a chance to donate blood and designate it for Dennis Domaille.

Dennis's flourishing Tioga Mart gourmet restaurant and gas station hosted lots of visitors over the week-end as the season winds down for Tioga Pass and Yosemite.

Employees at the Mart expressed gratitude for the support shown for Dennis.

We work to provide daily news to all of the Eastern Sierra, in the tradition of Eastern Sierra News Service and the Sierra Wave. We bring you daily happenings, local politics, crime, government dealings and fun stuff. Please contact us.
View all posts by News Staff →
Bishop Rancher Goes to Supervisord For Water Help
USFS Gives Go-Ahead to Verizon; PUC Still Undecided