The decision on which roads on the Inyo National Forest to keep or which could face closure is expected this summer. 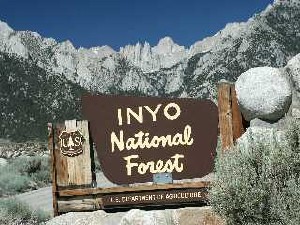 The public comment period on the Inyo Forest route designation process ended March 31. Forest Supervisor Jim Upchurch is now expected to decide which of six alternatives for a road system to choose, possibly by the end of July.

Currently 3600 miles of dirt roads and vehicle trails on the Inyo National Forest are being run through the environmental process. When the final decision on the Environmental Impact Statement is made, some roads used for recreation could be closed off.

Forest Service staff has been hard at work to respond to every comment that people have made, according to Nancy Upham with the Forest Service. She described the public comments as very helpful, adding that teams have gone out into the field to check the comments against what is actually on the ground in certain locations.

While some comments were in regard to broader view of rights, Upham explained that the more specific a comment was about a certain road or area, the more helpful it has been for staff in the creation of the coming forest road plan.

With a final version of the Inyo National Forest Travel Management Plan due out in July or early August, Upham says that there may be a meeting to get the public up to speed on the plan in July, but no date has been set at this time.

We work to provide daily news to all of the Eastern Sierra, in the tradition of Eastern Sierra News Service and the Sierra Wave. We bring you daily happenings, local politics, crime, government dealings and fun stuff. Please contact us.
View all posts by News Staff →
Local Unemployment Rise Slows
Costly Financing of Mammoth Airport Terminal Project