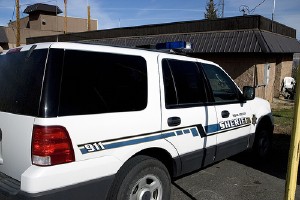 The Mono County Sheriff/ Coroner now offers an update on a recent death in Mammoth.  Officers reminded us that on the morning of Monday,

October 31, 2011, at approximately 8:00, Mono County Sheriff’s Department dispatch received a call regarding an unresponsive male in the Mammoth Lakes area.

John Tobacco, age 30, of Mammoth Lakes, was found unresponsive and without vital signs by his roommate. Mammoth Lakes Police Department and Mono County Paramedics were dispatched to the residence on Evergreen Street in Mammoth. When units arrived on scene, it was determined that Mr. Tobacco was deceased. Mono County Sheriff’s deputies were dispatched to the scene to begin the coroner’s investigation. The death of Mr. Tobacco is being jointly investigated by the Mammoth Lakes Police Department and the Mono County Sheriff’s Department as a suspicious death. No weapons were involved in the incident; however, narcotics were found at the scene. Final cause of death is pending autopsy results which are scheduled for Friday, November 4, 2011, and toxicological results.