By News Staff on January 25, 2012 in Government Agencies/Utilities 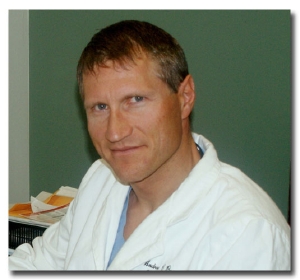 The day after the tragic death of Dr. Andrew Bourne of Mammoth Lakes, his attorney, Ron Bamieh of Ventura County, stood up for the innocence of his client. He told Sierra Wave that he believes a Santa Barbara detective “misconstrued the evidence.  The girl never said she had sex with him and Dr. Bourne denied it,” said Bamieh. This question will never be publicly answered.  Dr. Bourne has died, and the case is over.

Mr. Bamieh had called Bourne Tuesday morning to tell him he thought the case against him was “defensible” and that the allegations “appeared to be exaggerated.”  Bamieh said he told Bourne he was optimistic about his case.  The attorney also said that Bourne was frustrated by news coverage of his case.

Bamieh is quoted in the Los Angeles Times as saying that “I believe these charges led to his suicide.  The charge of this crime is so life-altering,” said Bamieh.  “Dr. Bourne could not deal with the fact that everyone assumed he was guilty.”

Bamieh said a few hours after the Tuesday morning conversation with Bourne, he became concerned for Dr. Bourne’s well being and began to make phone calls to try to locate him.  A press release from Bamieh’s law firm says that from about 1:30pm to 3:45pm, a search for Bourne was being conducted with Mr. Bamieh’s assistance.

The release says, “At about 3:30pm, the company who monitored the GPS device on Dr. Bourne’s court ordered ankle bracelet called Mr. Bamieh and provided Dr. Bourne’s location.”  The release said that Bamieh conveyed the information to Dr. Bourne’s family and friends who rushed to the location where they found him.  They notified authorities. The Mono Sheriff’s Office verified that Bourne was found on Hot Creek Hatchery Road.

Attorney Bamieh said he then notified the Santa Barbara District Attorney’s Office.  Bamieh said that in the time he knew him, he found Bourne to be “an intelligent and gifted man, who had done so much good throughout his life.”

Bamieh also said that he regrets “not being alert enough to understand what Andy was thinking when we spoke.  I tried my best to prevent this tragedy but unfortunately my efforts were not enough.” The attorney said he hopes with time that people will view the life of Andrew Bourne with some perspective not clouded by recent claims.

The Mono Sheriff’s Office continues to investigate the cause of Dr. Bourne’s death.  An autopsy is scheduled for Friday in Orange County. KEYT News in Santa Barbara has reported that sources told them Dr. Bourne took his own life by injecting drugs. Local sources have privately reported the same story.

“It is with great sadness that we mourn the passing of Dr. Andrew Bourne who tragically lost his life yesterday afternoon.  We wish to express our condolences to the family and would ask that we all keep them in our prayers.”

“We are all shocked and saddened to hear of the tragic death of Dr. Andrew Bourne.  Our thoughts and prayers go out to his family, friends, staff and colleagues at Mammoth Hospital.  Dr. Bourne was an excellent physician and friend to many. He will be greatly missed.

I have contacted the Sheriff’s office to let them know that Mammoth Hospital will cooperate in any way with their investigation of the circumstances surrounding Dr. Bourne’s death.”

And local residents have established a fund for the Bourne family.  This email was circulated:

A Celebration of Life Ceremony for Andrew Bourne, MD will be held Saturday, February 4th from 2-4pm at the Shady Rest Park pavilion. In honor of Andy’s love for skiing, the outdoors, and the mountains, all are encouraged to meet at the Mammoth Visitor’s Center at 1:30 to  participate in a community cross country ski thru the park to the pavilion. Ski time is approximately 20 minutes thru easy terrain.  If skiing is not an option, limited parking is available at the Shady Rest Parking lot. We encourage all who have been touched by Andy’s life, talents, and energy to join us.

I’m sad to hear this news. Andy was a friend of mine in Oregon,
He was a great doctor and a good friend. Very sad

there have been many media outlets reporting this story since it broke thru. Sierra Wave has bee the only one responsible and professional enough to keep the story as vivid and straight foreward as can be. Thank you Sierra Wave. This is tragedy, in every angle.

Just for the record, Dr Bourne did not lose his job with Mammoth Hospital- the only reason I bring this up at this point is that I believe Mammoth Hospital’s CEO, Gary Boyd, has behaved compassionately and respectful towards Dr Bourne as well as the community during this whole tragic… Read more »

The full story on the doctor’s position at Mammoth Hospital, according
to officials there, is that the Medical Staff granted him a leave of absence,
however the hospital terminated his contract because he could not fulfill the terms.
Benett Kessler

Whatever Happened To Innocent Until Proven Guilty The very important legal precept of being considered innocent until proven guilty seems to be disappearing from our society. It is disappearing in favor of gossip, “news”, and web hits (driven by advertising dollars). It is disturbing to see two previously well-regarded men… Read more »

For what it’s worth, I for one, am glad that Sierra Wave changed the photo when the news of his death became public. No winners here…

Benett, I wish you would just disable the blog feature on this website if you insist on censorship. I am interested in reading EVERY post no matter how silly it is.

We will post “silly” comments but not libelous ones or those which attack with hate.
Benett Kessler

Jake, you can disable it yourself by not visiting the site!

Without someone monitoring what is posted this blog would become like a gas stations bathroom wall.

You are doing right Benett, thank you for providing this form and for making it a civil caring place to visit.

To those who would send posts that insist on Dr. Bourne’s guilt in the charges against him, we choose not to publish those comments now as we chose not to before Dr. Bourne’s death. Continued speculation likely does not lead to any truth.

Thanks Benett for protecting us from other people’s opinion.

To any younger person reading about the death of Dr. Bourne – please know that taking your life if things are bad is NEVER the answer…..I know from tragic experience that life can be very, very, very hard at times, but if you reach out and talk to someone….anyone….they can… Read more »

Death by the Media and DA…. Shameful I plan on never going to SB again.

I am sorry Jake, but neither the DA nor the Media can kill a person….and not everyone in SB is horrible. ….again, we all have choices to make in life, and LIFE is always the answer, no matter how much emotional pain we happen to be experiencing in the moment….it… Read more »

This whole story is sad for everyone involved…But like the story says..”Dr.Bourne has died and the case is closed”……Publicly,no more info will come out on allegations,guilty or not guilty,what happened or didn’t happen between the Doctor and the young girl,etc.People I personally know that had dealings with Dr. Bourne have… Read more »

@wayne, well Bourne’s lawyer said this case is closed..no sir, sadly, this case is definitely not over- with the investigators still here in Mammoth and more frightening information is predicted to be released, i am heartbroken for all 3 families.

Thank You Sierra Wave for keeping us informed

Bee….If investigators are still in Mammoth Lakes,it’s probably directed at Mr.Walker now. I doubt the detectives are gonna put out anymore info with anything to do with Dr.Bourne unless it’s going to also involve Mr.Walkers case and his charges…

right @wayne. indeed, it is all connected.