EVENT: Author Dean Rosnau to speak at Inyo Council for the Arts on new book –The Shortest Straw: Search and Rescue in the High Sierra. October 20th, 6:30pm.

A rock climber and mountaineer for the past 43 years, Dean Rosnau began working as a Search and Rescue volunteer in 1984. After living and working in the eastern High Sierra for 27 years, he recently moved to the central California coast, where he lives with his family. He continues to spend time climbing and searching in the Sierra Nevada. 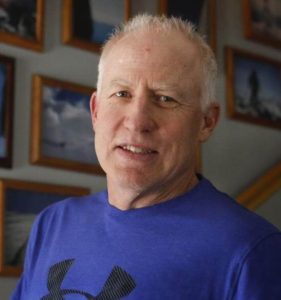 As Dean began working as a Search and Rescue volunteer for the Sheriff’s office, writing incident reports came as second nature to him. Not only would he keep a copy of his reports, he would write up a more personal account of the incident in his own journal.

Over the years he’s had the opportunity to share many of these stories during public speaking engagements, family gatherings, or around the campfire with friends. Every now and then someone suggested, “Ya know, you ought to think about putting some of these stories into book form.”

He finally worked it out in his head, but felt unsure of how to wrap up a good ending in a final chapter. Then, on July 17, 2013, Matthew Greene went missing in my eastern high Sierra backyard, and he threw himself into this mystery. 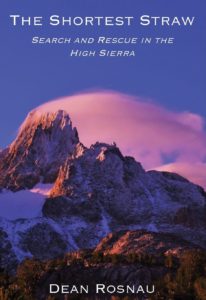 As that case evolved, he knew he had found a powerful and profound way to finish off the story. When the Greene family gave him permission to use Matthew’s story in the book, he knew it was time to pour it out.

Dean says, “My goal with The Shortest Straw has been not only to share a few stories from my life, but to bring to light the incredible things Search and Rescue teams do around this great nation each and every day.”

Book discussion followed by book signing; refreshments served.  This event is free and open to the public.