Sacramento – As California’s severe drought and bark beetle epidemic has left millions of trees dead, the California Board of Forestry and Fire Protection last week voted to extend a drought mortality exemption to the state’s tree removal permitting process. 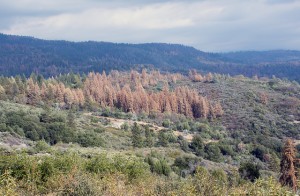 “With massive tree mortality across California, this exemption streamlines the process for landowners who are working to reduce their wildfire risk and safety hazards from falling trees by removing their dead trees,” said Helge Eng, CAL FIRE’s deputy director of resource management.

On June 17, 2015, the Board of Forestry and Fire Protection initially adopted emergency regulations allowing specified forest management activities, including the cutting or removal of trees that are dead or dying as a result of the drought conditions across California. The original action was set to expire on January 12, 2016; however, the extension provides an additional 90 days for property owners to utilize the exemption when removing dead trees due to the drought.

The latest aerial survey estimated that over 29 million trees have died as a result of the drought and the effects of bark beetle infestation, up from 3.3 million in 2014. These dead and dying trees create an environment more readily susceptible to dangerous and destructive wildfires. 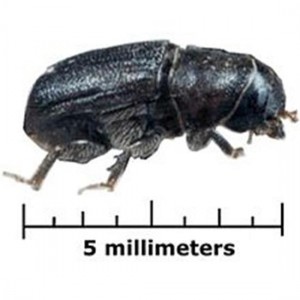 “Even with recent rains it will likely take years to slow down the massive tree mortality and bark beetle infestation, said Eng. “Dead trees near homes, roads and public infrastructure create a fire hazard and public safety concern, so it’s critical that residents remove their dead trees and reduce their wildfire risk.”

The winter months typically provide a good time for landowners to remove dead trees as bark beetle activity generally stops when temperatures drop below 50º F and the beetles go dormant. During other times of the year, when the beetles are active, trees with fresh cuts will actually attract beetles allowing them to spread to other trees. Once a tree is infested with bark beetles, there is little that can be done to save the tree and it can be dead in three to four weeks.

The bark beetle epidemic has hit California’s wildland forests in the coastal ranges, mountains and foothill communities, posing particular threat where dead trees are near homes and private property. In these areas, CAL FIRE has launched a public outreach campaign to educate and motivate residents to take steps now to protect their home and property from wildfire. The campaign began in the summer with the message “Remove Your Dead Trees. Reduce Your Wildfire Risk.” Property owners are encouraged to remove dead trees on their property to help protect from wildfire.

For more information from CAL FIRE about how to protect trees and property and to learn more about the bark beetle threat, visit www.PrepareForBarkBeetle.org.Watch this short video on California’s Bark Beetle Epidemic: https://www.youtube.com/watch?v=xts0efS_XB4