California, like almost all other states, will have clocks move forward one hour starting Sunday morning for that all important “extra hour of sunlight in the evening.” 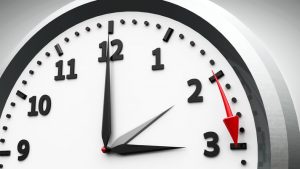 The government expanded daylight saving time in 2007 to save energy. It begins on the second Sunday in March and continues until the first Sunday in November.

The official change occurs at 2 a.m. Sunday, local time. You might want to change the clocks before going to bed Saturday night, unless you are a night owl and up anyway.

One Response to Daylight Saving Time is here! Change Your Clocks on Sunday!