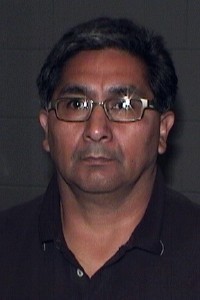 Last week, Mammoth Police Chief Dan Watson issued a news release that said that Almaguer was booked on five counts of Lewd and Lascivious Acts with a Child under 14. Officers allege that Almaguer committed crimes of sexual abuse on two children in his care who are now adults.

The District Attorney’s office and our news agency have received many calls and communications from members of the Mammoth public on this case. Chief Investigator for the DA, Wade McCammond, urges members of the public who may have important information on this case to contact him at 760-932-5553.

Contrary to rumors in Mammoth Lakes, Mr. Almaguer remains in the Mono County Jail. His bail remains $500,000. Mono Judge Stan Eller has disqualified himself on this case which has now been assigned to Inyo Superior Court Judge Dean Stout.

Investigator McCammond said that all involved are moving as quickly as they can with the victims and the due process of the defendant in mind. That arraignment hearing was scheduled for Mammoth Superior Court at 1:30pm Wednesday.