By News Staff on July 11, 2018 in Government Agencies/Utilities, Obituaries 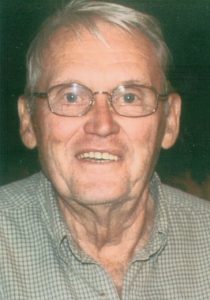 In 1963 moved to Glendale, California and worked as Produce Manager for Safeway Stores. Met his wife Kathy and married in 1967. Graduated from Glendale College and worked for the City of Los Angeles in the Bureau of Street Lighting.

In 1979 he bought Sierra Snacks Distributing, Bishop and he and Kathy and 2 their two children, Andrew. and Christie moved to Bishop. In 1987 he bought Ben Franklin Variety Store and Retired in 1987.

Funeral Mass will be held at 10 am on Friday July 13, 2018 with lunch following at church hall.