By News Staff on August 9, 2013 in Government Agencies/Utilities 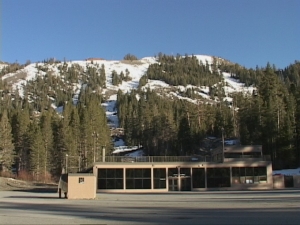 News this week has dramatically added to the spirit of hope for June Lake people. According to Mono Supervisor Tim Alpers, June Mountain General Manager Carl Williams told the group at the Citizens Advisory Committee meeting that the Ski Area operations plan for June has gone to the Forest Service and that the Mountain will open for winter activities December 14th.

It was last June when Mammoth Mountain CEO Rusty Gregory announced that June Mountain would close immediately and stay closed for the winter season. He pointed to a continuing $1.5 million operating loss. Gregory eventually said that June would re-open the following season. It was a tough year for the community of June Lake. Citizens struggled to be heard and pushed for their mountain to re-open.

Supervisor Tim Alpers was elected during this time and represents June Lake. He vowed to restore June Mountain. At this week’s advisory committee meeting, that promise was solidified.

The other positive news for June Lake – escrow on the Rodeo Grounds property closed over the weekend, according to Alpers. The buyer is Ed Roski, half owner of the LA Kings hockey team and part-owner of the LA Lakers basketball team. He is number 104 on the Forbes’ list of the 400 richest Americans. Roski’s net worth is listed as $3.7 billion. He is President and Chairman of Majestic Realty Company. Roski has also been reported as being involved in plans for a new football stadium and entertainment area east of Los Angeles.

As Supervisor Alpers said, Roski has the emotional connection to June Lake and the resources to do something productive. The Roski family has long owned a second home in June Lake. Roski has not specifically said what he plans to do with the Rodeo Grounds acreage except that he wants to do something to please the community, County and stakeholders.

The Rodeo Grounds acres, previously owned by Intrawest, are seen as the area for some type of development for the community. In the past, June Lake residents were split and fighting about the proposed density of a Rodeo Grounds project. All hope this time, plans will come forward that draw general support. There have been discussions about the need for more and updated lodging for the ski town as well as other amenities.

Supervisor Alpers said when plans come together, the Supervisors will initiate hearings. Alpers said with the re-opening and improvement of June Mountain, the investment of Mr. Roski and other community improvements, he thinks June lake is positioned to “really take off.”

Perhaps the best way forward is to embrace a benevolent developer such as Roski. Is he willing to have a short-term loss to write-off? If so, it could be a win-win for the community (and himself) in the long-term. MMSA and June probably should not to be run together under… Read more »

June Lake doesn’t have time, Economic Collapse will happen between September to December of this year of our Lord 2013, after which The Elite will make Their Plan happen according to the Georgia Guidestones, No Pension Fund will Survive 🙂

Please the community? Everyone? All at once? Never going to happen.

NOTHING To See or Do in June Lake unless your a fisherman, move along move along 🙂

One easy way — maybe not a good way — would be to ban snowboards from Mammoth on Tuesday, Wednesday and Thursday and put a really good terrain park at June. Wouldn’t hurt to try for a year or two.

Great idea Ken Warner. Taking a page from Park City’s Deer Valley, ban snowboards and they (the “Beautiful People”) will come. Deer Valley is booming due to the banning of the snowboarders.
Money is drying up for the middle class. Might as well go after those who have the $$$.

It never hurts unless you are the one paying for the experiment. Before you spend money at June for this terrain park and ban boarding from Mammoth you better have a business case that says it will work. Otherwise you are just throwing money away at June while losing business… Read more »

The problem with June is simple, they do not have they infrastructure to attract enough people to sustain a Mammoth style resort ski area. The road is iffy, and not what a bunch of So Cal ski-moms want to drive when icy or snow-covered, there aren’t enough places to eat… Read more »

What "trickle-down"?
Reply to  Rob

If you haven’t noticed the disparity between the haves and have-nots is exploding. All the “trickle-down” notion (that some are buying into), is accomplishing, is making the rich even richer. Most of those ultra-rich desire rural 2nd, 3rd, and 4th homes (far away from crazy overcrowded Southern California) as witnessed… Read more »

June is not a ski town. Its a fishing town that happens to have a ski area. The local coffee house is called Trout Town Joe not Ski Town Joe.It will interesting to see what happens to all of the ‘save June Mountain’ alliances if the Rodeo Grounds get developed… Read more »

until then, the country loses

I hope June Lakes’ “spirit of hope” works out better than Barack Obama’s hope has.

More BS political bitching.
When the GOP, the Tea Party, The Far-right, whoever, can come up with a viable candidate the country can rally around – then they may have a chance to get their man/woman elected.
But until then …

The only two honest senators
Reply to  Political propaganda

Dingo….Just think how much “better” the Country…..and the World,in general, would be if the U.S. went brain -dead last November and elected Mitt Romney.

Y’all still going back and forth which Team is better (Repubs Vs Dems)? Wake up and stop being such a sheep to the gov’t! Here check out the facts on how OUR representatives are bought (fundamental corruption) http://www.youtube.com/watch?v=SAqJfFatVwI When you have a system that spends unlimited money, it’s all just… Read more »