By News Staff on October 28, 2012 in Government Agencies/Utilities

Yeah.  Like we want a new law to BAN ONCE AND FOR ALL COMPUTERS THAT CALL US!!!!  This is a crime against decency, humanity and privacy.  Come on, already, legislators, when you’re not busy being bought off maybe you could pass a little law here and there that we actually want. Okay.  That’s temporarily out of the Bureaucrat Beat Newsroom system – until the next robo call.

Speaking of computers – here’s how bad it can get when you rely on one.  In the Netherlands, thieves broke into a Rotterdam museum and took artworks by Picasso, Monet, Gauguin and Matisse.  Seems the Kunsthal Museum relies on automated security systems.  No real people were on guard when the art heist took place.

Speaking of bought off, did you see CBS Sunday morning October 7?  Great piece on the horrible truth that lobbyists run our country to a great extent.  The show revealed how lobbyists get together and write laws that Congress actually passes.  One of the more forthcoming lobbyists said the only hope for the American people is to make this process more transparent.  Yeah?  How will we do that?  Pass a law that lobbyists must wear video cameras that pass through to Youtube?  The show said basically everyone who’s anyone has a lobbyist.  Everyone but the majority of American people.

Now our adrenaline is pumping.  If only one president would take time out from his agenda to end this corrupt system of what amounts to bribery for votes.  And, one more thing.  What makes politicians think they perform good TV?  Haven’t they heard of the term – bad actors?

Jamie Foxx is one of the good actors, for real.  He recently hit the promotion trail about his new movie, partially filmed in the Eastern Sierra, “Django Unchained.”  A trailer is out and so is Foxx.  He has told audiences that the movie will make people see slavery in a different way.

We suspect the filmmaker who will use Trona as the backdrop for his new horror film sees the town pretty much like the rest of us see it – scary.  Seems David Clair happened upon Trona.  The town kick-started his creativity.  Clair is quoted in the Los Angeles Times as saying of Trona, “It was truly a scary and disturbing place, with a post-apocalyptic feel to it.”  Couldn’t have said it better ourselves.

Local star power took the stage with the recent, locally produced video – “Dancin’ with the Docs”, a fundraiser for Mammoth Hospital.  Check out the episodes on our website.  Fabulous dancing!!  Even the docs entertained.  So did Mammoth Hospital’s Lori Ciccarelli in a truly chic, gorgeous, Hollywood dress. Sierra Wave’s Gigi Van der Riet choreographed the winning team of Kathy Copeland and Dr. Yuri Parisky – a couple of sexy, spontaneous, rock ‘n roll dancers!

Hey, Bishop, if you despaired about living in a sort of boring town where the City Council rarely does anything controversial, thank your lucky stars!  Instead of the gut wrenching bludgeoning of government services, your Council had this on the agenda:

“Council consideration to approve the adoption of an ordinance amending the

Thanks to the Heavens for boring.

Was it boring at the luncheon we heard ranchers put on for Los Angeles officials before the last Standing Committee meeting?  A little bird told us it was one of those chummy yummies to re-up the buddies, so to speak.

Would someone please do something about California’s eternal propositions, mostly of the deceptive kind?  Can’t count the measures this time that say they are one thing but are really something else.  Can’t we have a little truth in advertising, please?

If you want to read some real truth, pick up the book, “Behind the Beautiful Forevers: Life, Death and Hope in a Mumbai Undercity.”  The author, Katherine Boo, is sister to Bishop physican, Dr. Tom Boo.  It’s an amazing, sobering, revealing read.  Ms. Boo lived in Mumbai with the people she writes about.  Her stories are truly authentic.  She has been nominated in the nonfiction category for a National Book Award.  A must read for those who want to understand life in our world. 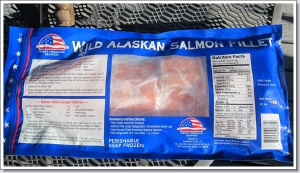 Here’s another view of life in our world – one reader sent us a story about food labeling.  Seems he bought some salmon which 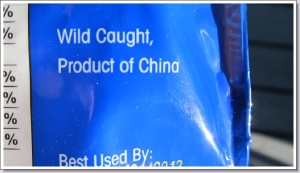 was headlined on the package as “wild alaskan
salmon fillet”.  He bought it, got it home and examined the small print which said, “product of China.”  Oops.  The local store where he bought it did give him his money back.  As he said, food from China could be dangerous.

Trouble and Benett: to quote a country western song ” if its our backwoods way of living you’re concerned with, you can just leave us alone…Way out here” personally, I find Independence pretty scary and weird.

I’m into scary and weird. Thanks. Benett

If they thought Trona was scary, they should go visit Darwin . And that’s in the day time.

Went there several years ago to deliver copper tubing. I still have nightmares.