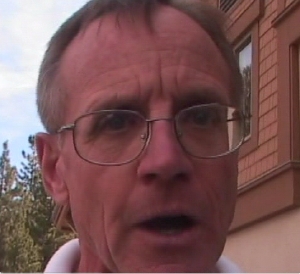 Booth requested that the Board appoint his assistant as the new DA.

After 39 years in criminal court work, Mono County District Attorney George Booth will retire.  The Mono Supervisors accepted his letter of retirement and agreed to place the issue of an appointment of a new DA back on their agenda in two weeks.

Booth said it was time to “turn over the reins”.  The DA said he would retire at the end of June and asked the Supervisors to appoint Assistant DA Tim Kendall as Mono County District Attorney.  The Board will consider that in a couple of weeks.

In his letter to the Board, Booth said he’s worked as a Deputy DA, Assistant DA and the District Attorney for 27 years. Now, Booth turns to more personal matters.  He said that he wants to devote more time to his young son, Alex, and to his place of worship and to Rotary International.

Booth called the job as DA “one of the most meaningful and rewarding jobs a lawyer could have.”  He also looked back to the past and to the appointment of three District Attorneys over the years – Eddie Denton, Stan Eller and Booth himself. Booth said they were all appointed, as allowed by government code, and later stood for election. He laid the groundwork to ask that the Board make an appointment, and not wait for an election, to establish a new District Attorney, his assistant Tim Kendall.

The Board will consider Kendall, and they did authorize the DA’s Office to fill a Deputy DA position after Booth’s departure.

DA Booth’s letter to the Board of Supervisors: 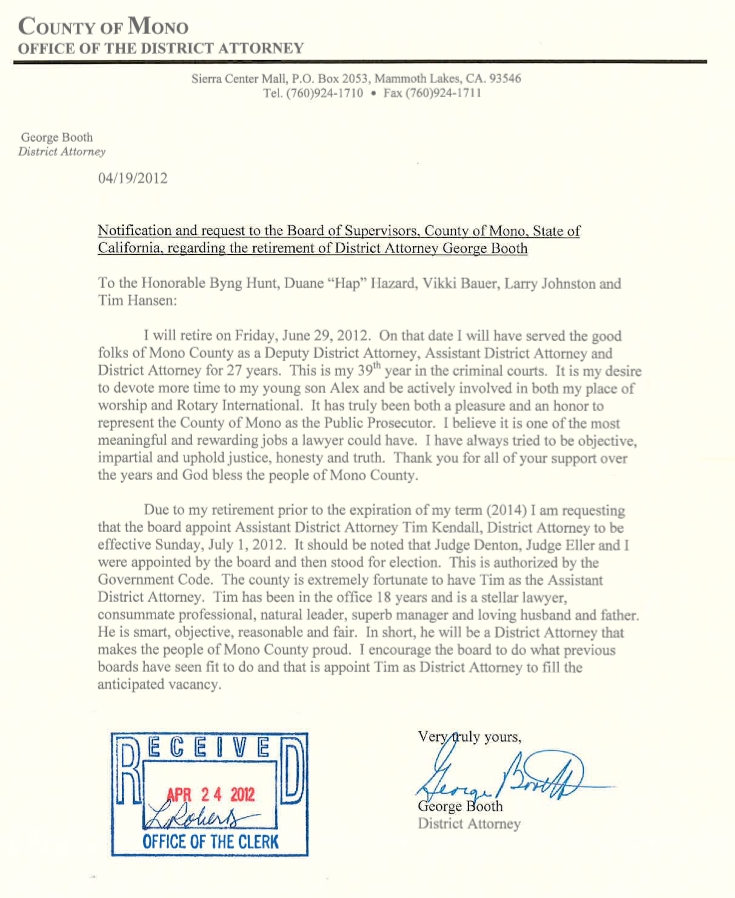 It’s disturbing that the amount of justice a person receives is directly related to how much money he is able to spend on a defense attorney, and how an unethical and unscrupulous District Attorney will take advantage of this situation. Let’s hope Kendall will demonstrate some integrity.

Do not let the door hit you on the ass Mr. Booth! Talk about the good ol boys network, Kendall should be put to a vote.

And on the way out Don’t forget to stop at the last door on the left and pick up your HUGE PENSION check and Beni’S package.

and then Thank the taxpayers for supporting you for the rest of your life.

You earned it Mr Booth