By News Staff on May 14, 2012 in Government Agencies/Utilities 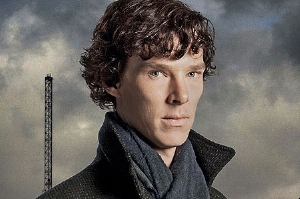 Let’s go Hollywood first.  Who lives in Venice, a stone’s throw from Robert Downey, Jr.’s offices, is very good looking and portrays our favorite sleuth of all time?  Answer – Benedict Cumberbatch.  No kidding.  That’s the name of the British actor who plays Sherlock Holmes on the Sunday PBS series that just launched a new season.  It’s a modern day version of the quirky detective.  Just for fun, don’t miss it.

If you like mystery, check out David Carle’s new book, “Spotting Scope.”  Carle worked for 27 years as a park ranger, much of that time at Mono Lake and  as a Mono Search and Rescue volunteer.  He knows the territory, shall we say.  His experience here shows up in his new book which focuses on Jack Morgan, park ranger at “Saline Lake”.  A man murdered by a birdwatcher’s spotting scope leads to a murderous plot that threatens Morgan.  Plenty of anti-environmental characters too. Dave has written 12 nonfiction books and this new one marks his second novel. Soon to come to local bookstores.

Further fun could be had with computer spell checks these days.  Ever notice how you start typing a word and the computer changes it to another word?  We caught the computer trying to turn our typing of the word investigation into instigation.  Sheriffs’ departments wouldn’t like their detective work turned into rabble rousing in our news columns.  Another recent funny one – someone emailed us about an example of incompetence but the computer turned the word into incontinence!  Not good.  Gotta watch these machines.

Try not to watch too much political news in the next five months.  Don’t you just love it when the D.C. boys accuse each other of “political motivations”.  Oh, really.

What was Michelle Bachman’s motivation to go for dual citizenship- America and Switzerland?  We in the Bureaucrat Beat Newsroom 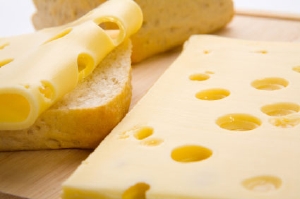 suspect that she thought Swiss citizenship preceded indulging in a swiss cheese sandwich.  When she found out otherwise – boom! She’s just an American.  Now, she can still eat American cheese.

If you ever start to take the First Amendment for granted, consider this.  Recent news articles on reporters killed in countries that want to control the truth.  Decio Sa, a political reporter in Brazil, was gunned down while dining.  Colleagues were quoted as saying that they were sure he died as a result of his reporting.  This was at least the fourth journalist slain this year in Brazil.

There’s more.  On World Press Freedom Day, Reporters Without Borders condemned what they called the astonishing pace at which journalists have been attacked and killed – 67 murdered in 2011 and at least 22 more this year.  On a lighter but just as serious note – An Egyptian court upheld a conviction against what the LA Times described as one of the Arab world’s most famous comedians.  The court sentenced him to jail for “offending Islam in some of his most popular films.”  Adel Imam was sentenced to three months in jail and fined $170 for insulting Islam in movies such as “The Terrorist”, according to the Times, in which Imam played a terrorist who found refuge with moderates.  That’s his crime??!!  Wow, would they have a field day with American comedians.

And, just a quick news note published by the Associated Press.  Food Channel star of bleached punk-style hair, Guy Fieri, owns a yellow Spyder convertible Lamborghini.  Hey the TV food business pays pretty well!  Deputies found the car in a teenager’s storage unit. The teen was arrested in connection with a shooting and for being in possession of Fieri’s Spyder.

The quandry continues in Mammoth Lakes where citizens don’t know what to say about the years-long debacle over a violated development agreement and the now $43 million debt against the Town.  Councilman Skip Harvey is likely still receiving thank-you notes for his out-spoken statement at a recent meeting.  He said people want accountability.  He questioned why Airport Manager Bill Manning is still there after failure to report a key piece of information from the FAA right before the Town signed the Hot Creek Development Agreement.  Harvey implied that the Town should settle with MLLA and get all this bad Juju behind them.  He also named arrogance as an underlying, insidious cause of trouble for the Town.

Jury selection in alleged sex crime case
Letter to the Editor: An issue of credit