The Crystal Geyser Roxane water bottling plant has purchased the Cabin Bar Ranch in the Olancha area – a property with considerable water rights. 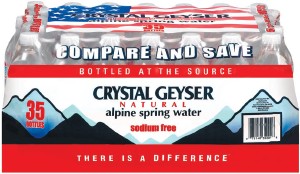 Crystal Geyser, a major employer and taxpayer in Inyo County, appeared before the Inyo Planning Commission last Wednesday to seek approval of a new 55,000 square foot warehouse facility at their Cartago water bottling plant. Commissioners did approve that project.

Conklin did add that the Food and Drug Administration would require Crystal Geyser to tie any groundwater pumping to a running spring.

We work to provide daily news to all of the Eastern Sierra, in the tradition of Eastern Sierra News Service and the Sierra Wave. We bring you daily happenings, local politics, crime, government dealings and fun stuff. Please contact us.
View all posts by News Staff →
More H1N1 Vaccine Now Available in Inyo and Mono
Search Turns Up Additional Death Valley Remains
3 Comments
Newest
Oldest Most Voted
Inline Feedbacks
View all comments

I lived on this ranch as a child (in the 80’s) and we had cattle. Budweiser then bought the ranch.

hi,
can you tell me how long the cabin bar ranch, was a real ranch with cattle etc.?? i have a personnal interest because of an item i purchased that purportatly belonged to the owner.

any help will be greatly appreciated.