By News Staff on April 14, 2013 in Government Agencies/Utilities

The official criminal complaint filed April 10th by Inyo District Attorney Art Maillet against Dawndee Rossy and Kenneth Rossy of Bishop lists 44 criminal counts and reveals that the Rossys allegedly used others’ identities to get welfare benefits and the use of what’s known as Electronic Benefit Transfer or EBT cards to get cash. The complaint says crimes went on between June of 2005 and the end of January of 2013.

The  complaint alleges that for eight years, the Rossys engaged in numerous crimes. The story that unfolds through the list of criminal counts alleges that from her position as Inyo Social Services Supervisor, Dawndee Rossy conspired with her husband to use the personal identifying information of 35 individuals to obtain welfare benefits for themselves. 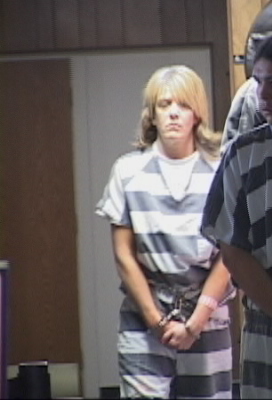 The complaint also reveals that the couple allegedly obtained Electronic Benefit Transfer cards for their personal use. The DA alleges that the pair embezzled $1.565 million in total. Other informed sources said that the Rossy’s used the EBT cards at bank ATMs to get cash. 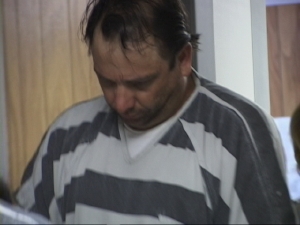 Dawndee and Kenneth Rossy appeared in Superior Court in Bishop on Friday where their arraignment was reportedly continued until Tuesday to allow the Probation Department to conduct a bail study. Currently, the couple remain in the Inyo County Jail under $500,000 bail each.

On Friday, they walked into the courtroom in a line of defendants dressed in jail black and white striped suits in hand cuffs and leg chains. The Rossys kept their heads down with somber expressions.

How did this go on for so long! that is crazy … there should be a investigation as to how that happened for so many years and at such a high $$ loss.
I hope ALL involved get the max penalty.

I agree . . . an investigation that starts at the top.

Remember the $800K+ embezzled from Washington Mutual Bank several years ago? That person’s supervisor trusted her too much and a lot of safeguards put in place were skipped making the crimes much easier to commit and detect. I suspect that occured here were supervisors used rubber stamps to sign off… Read more »

…and possession of a controlled substance. That substance was methamphetamine.
The evil that men (and women) do.

I had my identity stolen once, it sucked. I have ZERO sympathy for these two idiots. However I do feel bad for their friends and family (especially their kids if they have any), unless of course those friends and/or family are involved. Greed is a disease and karma is for… Read more »

No suprise. An administrative mindset prioritizing risk-avoidance, hiring and promoting those who pose no threat, valuing loyalty above competance, circling the wagons and closing the doors to avoid public disclosure in the face of potentially damaging facts, does little to actually protect and serve citizens. The failure here is inexcusable,… Read more »

Very well said, and one of the most truthfull analysis of Inyo County administration I have ever read. Bravo!

Did this girl ever have an evaluation? What was her relationship with her supervisor..were they related or connected another way? Did she ever take a vacation or was she ever sick? Who covered her workload when she was gone? Who monitored the case load for her and other employees? Who… Read more »

You made a good point about taking time off or vacations… In most of the cases I investigated where there was a huge money loss, the suspect rarely took off time for a extended period for fear of having their crime being discovered while they were gone.. I would really… Read more »

The Rossy’s were renting their house from the Supervisor at DHHS.

Renting a house from her Supervisor? Wow! That says a lot about ethics (or lack of same) departmental values (from the top down), and the incestuous relationships developed, valued and guarded by this County Welfare Agency.

Yes, those relationships were guarded and probably continue to be.

Isn’t that nice. Now I wonder if the rent amount fits in with Dawndee Rossy salary?

Or is it much more then someone with that salary could afford?

Just off the top of my head I figure that the amount of money stolen over the 8 years comes to over 16,000 a month…Did any friends or neighbors notice a change in their life style,,, cars, vacations, toys etc..In my experience people like this spend far more money than… Read more »

I hear ya Eastern Sierra Local – hindsight is always 20/20, and your suspicions are probably often correct.

I am sure the paiute palace can send out a big thank you to the Rossys!!

Will there be more arrests? I am sure that there are more people involved. How could this go for such a long period, .I wonder how much was spent at the PP>

Read up on the history of Victorville. Outside “independent” audits do not necessarily catch malfeasnce, and a few of the firms in that line of work are as much interested in providing customer municipalities what they want as opposed to a completely honest audit. On another front, ask how many… Read more »

This is an incredibly bad situation… Periodically the State of California audits various state programs and funding responsibilities it has delegated to counties. As a Department Supervisor, she may have been able to hide her actions for a time but I have only good things to say for the Inyo… Read more »

Come on! Someone(s) at Inyo County needs to lose their job over this. This went on for years and no one caught it? Is anyone watching the county’s finances? Don’t they conduct audits? How do you lose $1.5 million?

When I had money embezzled from my business it was absolutely directly related to me not paying close enough attention.

I’m sure this case is no different. I can only hope the sentence out weighs the crime.

@ Mark .. agreed … and do like the city of LA did with their narco cops after some were found to be living way beyond their means of income require an annual audit of their finances…and make it a requirement in their application for the position..

Were her bosses blind?