The coronavirus may hit ski towns harder than urban areas.

MAMMOTH LAKES, Calif. — Just over two weeks ago Mammoth Mountain Ski Area closed indefinitely. The announcement, which a time traveler from a few months ago might not believe, came as a surprise to skiers who live in ski bum bliss and a relief to residents who pay attention to the news.

Mono County now has the unfortunate distinction of having the highest per capita COVID-19 rate in California, according to the National COVID-19 Interactive Map.

Within the last week, four patients became critically ill and at least two were transferred to Reno. The increase in severe COVID-19 cases suggests that a “crushing wave of very sick people is coming soon,” Public Health Officer Dr. Tom Boo said. “The reality is extremely alarming.”… (Click on link in title of article to be taken to complete article.) 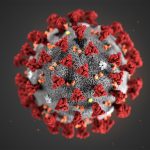 It may come as no surprise that Mono county is a tourist destination, with its central hub and economic lifesource, the town of Mammoth Lakes, consistently swelling to four or five times its local population throughout their skiing season. That all came to a screeching halt when Mammoth Mountain Ski Area officially announced on Sunday March 15th that it would be closing all operations.

Six days later, on March 21st we received news of Mono county’s first confirmed case of COVID-19. Since then, 5 more cases have been recorded, one of whom is in critical condition at Reno’s Renown Hospital. (Update: 13 positive cases as of Sunday, March 29)

Per Governor’s order, the entire state of California, including of course Mono county, has been on complete lock-down since March 19th, and according to the Mono County Health Department, “The accelerating numbers of recognized and suspected infections demonstrates more clearly than ever that we have an epidemic in the Mammoth area.”

What we haven’t really heard is that Mono county leads the state in number of cases per capita, with now 6 confirmed cases (3/29: 13 cases reported) for its meager population of 14,000, not even enough people to fill a Manhattan block. Moreover, remember that the number of confirmed cases is nowhere near the number of actual cases; labs are overwhelmed and testing is sorely lacking, so not everybody containing the virus has been tested for it. For now, testing has been limited to those symptomatic individuals in need of care.

You might be wondering why this tiny frontier town leads the state in cases per capita. One thing to consider is just that: its tiny population. The Eastern Sierra region of California hosts the lowest population densities in the entire state, due chiefly to the grandeur of the Sierra Nevada (the tallest mountain range in the lower 48 states), effectively cutting the state in half, limiting travel east-west. To this day, during winter months this mighty mountain chain is impassible east-west for some 300 miles.

Now, as previously stated, Mono county is also a tourist destination. So, instead of its tiny isolated population acting as a safeguard against contagions, it becomes a vulnerability. Year round, hundreds, if not thousands, of tourists roll through highway 395 on a daily basis, coming from all corners of the state and the country at large. Many more arrive through the air via Mammoth Yosemite Airport, the region’s main flight ground. United Airlines, the airport’s sole public liner, did not cease flights from Denver and San Francisco until March 20th, and still continues to offer daily flights to and from Los Angeles, three of the hardest hit cities in the country.

Steve Graves, Professor of Geography at CSUN and creator of the National COVID-19 Interactive Map says, “Tourism is probably a driver of the rates we see in Mono County.” An exceptionally low population density combined with ease of travel to and from highly infected areas could possibly help explain why Mono has become the state’s most highly infected county.

“How skiers became villains” I don’t think it’s so much “becoming villains”. Maybe it’s because SO MANY of them coming from big cities visiting small communities that happen to have mountains and snow,and always hanging around so many people,up close and personal on the slopes. And then when night time… Read more »

[…] Mono County, California, home of Mammoth Mountain has one of the highest infection rates in the Gold…. It goes on and on.  […]

As an owner of a new-to-us place in Mammoth, we have been completely discouraged from visiting the area by the management of our rental agency. Expressly for the safety and well-being of full-time residents and to preserve your resources. I am sorry others are not doing the same. And to… Read more »

MTNBOY Do you really believe,listen to and heed the advise and “orders” of ANY of those speaking at those daily white house news conferences we see,before or now ? Not me,,,when I want or need advise,I listen to the real doctors that don’t seem to have a political agenda,or those… Read more »

Dr. Fauci can jump off a cliff and take Dr. Brix with him. I’d suggest Yosemite but it’s closed.

“This is not a major threat for the people in United States, and this is not something the citizens of the United States right now should be worried about” – Dr. Fauci to @gregkellyusa, Jan 21, 2020

Out of town ppl need to look at it from this point. In our small county that borders Mono County we have one hospital and approximately 10 ventilators. We too, have a large population of elderly that are our counties first priority. These residents will be considered over out of… Read more »

How many people with corona is in your hospital? Because there is NOT ONE case in Mammoths Hospital – calm down…

why would Mono and Inyo County residents travel to your county?

That’s a question that would be best answered by Tuolumne County’s most recent and 3rd tested positive for Coronavirus. A 34 yr old male from Los Angles. All tested positives have been from out of area individuals. As to why or what this person was doing here I do not… Read more »

Sasha I’m sure many of us have gone to other areas,shopping,maybe visiting or checking on relatives out of town.Even some just going for an out of town drive. But it seems,what is upsetting some up here,I doubt very many have gone into other areas and towns,especially the little towns with… Read more »

So all of your residents of Eastern Sierra just stayed there and didn’t leave? None of you have traveled at all? No one went to Hawaii last month? To Los Angeles? Orange County? I know some who did, they put it on their Instagrams. And for those travelers who are… Read more »

Sasha – some travel insurance companies exclude pandemics and epidemics as reasons for cancelling trips because said reasons are hard to assess. Travel insurance covers very specific things, where risk is able to be assessed. So the cost of a trip may not be covered; however, if one gets sick… Read more »

Charles James – By reading your articles and the Los Angeles Times along with watching national broadcasting news, my two friends and I decided on March 12 not to travel to Mammoth Lakes for our annual snow trip with our three golden retrievers. Unfortunately, we booked with VRBO not Airbnb.… Read more »

Is Mammoth Lakes open for business. Can I quarantine in my tent, like they do in Los Angeles?

We had a woman and so far the only tested and known woman from Mono who went to our Hospital in Sonora. She tested positive. She has since been released. She also was traveling with a companion. People were wondering why she did not go to her own local hospital?… Read more »

what a tool you are. You are suggesting that someone drove 5 hours, through Nevada, passing hospitals and medical care in Gardnerville/Minden, just to go to your podunk hospital in Sonora! God, I hope you don’t work at the hospital there, because that would not be a good sign for… Read more »

No need for insults and apparently many like our podunk community because they keep coming.

Yes Charles James! I think you all do an amazing job. I use google mail alerts for anything Mammoth, Mono, Bishop and Inyo and it generally comes from Sierra Wave News. I have always found it to be accurate and informative as front line local reporting. Thank you and God… Read more »

Please do responsible reporting ! I find this article not only inaccurate but I find it irresponsible . It is creating panic when we should have facts and informative information. As for flights into Mammoth after the shelter at home directive – most of those flights where empty/canceled or bringing… Read more »

It would be “irresponsible” for us to not report the “facts” on this important story. We’re not the first, nor the last news media outlet that takes note of the facts and allows its readers, listeners, or viewers to make up their own minds on what to make of them.… Read more »

If it bleeds, it leads…

So Alpine is now higher than Mono, with their 1 case….perspective….

Exactly! It’s a numbers game as pointed out in both of the articles that we posted. Small numbers don’t always lend themselves to much in the way of enlightenment. It’s more of a talking point than a useful fact.

United still offers flights but not one has landed in at least two weeks!