By News Staff on June 18, 2014 in Government Agencies/Utilities 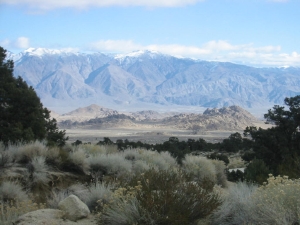 Feeling under attack by the County School Board, Lone Pine officials held a Board meeting Wednesday and have accused the County Board of a violation of the Brown Act. The Lone Pine Board President and now former School Superintendent say the alleged problems either are minor, don’t exist and don’t require County School involvement.

According to County School Board Chairman Chris Langley, who taught in Lone Pine for some 28 years, the concerns about Lone Pine School District started some time ago. He said the letter sent to the District was meant as an offer of support. Said Langley, “We offer to help them all the time. They don’t accept. We are not their enemy,” he assured.

Lone Pine School Board President Leroy Kritz is not feeling happy about the County Schools letter which says the Lone Pine Board needs to “allow for an immediate transition of the Board Presidency.” Mr. Langley said the letter is really the tip of the iceberg of concerns. The letter, dated June 12th, was sent certified mail to each Lone Pine Board member.

The letter, signed by all County School Board members, says the California School Fiscal Crisis and Management Team devised a scorecard used by the County Offices of Education to determine the fiscal health of a school district. The letter says the top three on their checklist include Crisis in Governance, Unstable Administration and Deficit Spending or Impending Fiscal Issues. The letter says, “In our opinion Lone Pine Unified School District has components of each issue at this current juncture and therefore demands the attention of us to insure the stability of the district for all students and staff.”

The letter goes on to say that it’s well known that the Lone Pine School Board is “not a unified, cohesive unit.” The County letter says the Lone Pine Board has “frequently overstepped its bounds in managing the district, has held very contentious meetings and does not share governance within the five members of the Board.” The letter says the Board President has often acted unilaterally.

Lone Pine Superintendent Victor Hopper, who has resigned and will leave the district today, agreed that the Board should put their egos aside and really work on district business. Hopper and Board President Kritz both said the District intends to send a cease and desist letter to the County Board, alleging a Brown Act violation. Kritz said that the County Board apparently discussed and signed the letter to Lone Pine but never listed it on their public meeting agenda two days before.

The County Board letter called the departure of Superintendent Hopper a void that is huge. They add that a new Lo-Inyo Principal needs assistance and many other tasks need attention. The County Board letter also claims Lone Pine is about to adopt a deficit budget. The letter alleges a legal dispute over Coso Geothermal tax money. Superintendent Hopper said there are no legal disputes. He added that Lone Pine has received high marks for their budgets for the past four years.

The County Board suggested a three-point plan for Lone Pine which says the “isolation which Lone Pine administrators have created must end, the District must allow County Superintendent McAteer to help with the Coso tax issue and the Lone Pine Board must allow a qualified person to train them in how to conduct board meetings, allow a new Board President, allow former County Superintendent George Lozito to work as an interim superintendent and mentor to the new principal.

Hopper pointed out that the Lone Pine Board has its own by-laws and won’t change a Board President because the County Board says so.

Chris Langley said what precipitated the letter was Lone Pine’s request of the County School’s Office for more than $360,000 for school projects. The County letter says they are more than willing to fully fund the projects “as long as the conditions in governance, leadership, and fiscal stability are fully agreed to….”

Langley said the County Board is “not forcing them to do anything.”