In a town where housing costs sometimes exceed whole paychecks, Mammoth Lakes Housing, Inc. has gone a long way to 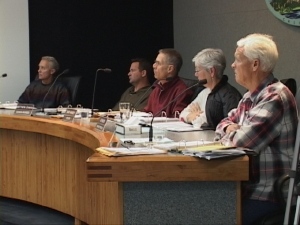 Pam Hennarty of Mammoth Lakes Housing went to the meeting to seek approval of an application for funding and an agreement for a planning grant. Hennarty revealed that there are still many people in need of affordable housing. She said there is currently a waiting list of 92 households for affordable units.

Councilman Matthew Lehman brought up what he sees as the negative impacts of affordable housing on the Mammoth Lakes real estate market. Hennarty pointed to the serious needs of housing for the low income. Councilman Rick Wood said the Town is not handing out housing. He said Mammoth voted to tax themselves for housing. “The social fabric,” said Wood, “is enhanced by housing.” Wood said he thinks the new housing projects are forcing landlords and “slumlords” to fix up their units.

Lehman shot back that Mammoth “created a socialistic society driving property values down.” He said there’s a limit to affordable housing. Mayor Skip Harvey said with his restaurant business, he has seen housing available to employees. “I have seen slumlords,” said the Mayor, “with outrageous rents and high utilities because of the lack of insulation. I couldn’t support affordable housing more,” he said.

With that the Council voted to approve the planning grant for housing. Even Councilman Lehman voted yes in the unanimous approval.

We work to provide daily news to all of the Eastern Sierra, in the tradition of Eastern Sierra News Service and the Sierra Wave. We bring you daily happenings, local politics, crime, government dealings and fun stuff. Please contact us.
View all posts by News Staff →
Eastern Sierra Connect will survey broadband needs
DWP wants to pump more water from Owens Valley