By News Staff on November 26, 2013 in Government Agencies/Utilities 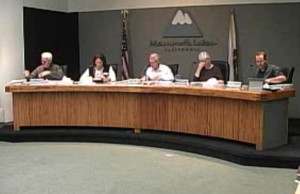 Wondering how they could avoid mid-year bleak financial pictures when in fact the Town budget ends up rosy, the Mammoth Town Council voted unanimously recently to accept a pre-audit financial report for last fiscal year and to allocate the nearly $2 million of unspent revenue.

Mayor Rick Wood said he was frustrated that the Council started with “such dire predictions and now we are doubling our Reserve for Economic Uncertainty.” Finance Manager Cyndi Myrold said $715,000 budgeted was not spent on legal fees, very little snow removal took place because of the lack of snow, and Transient Occupancy Tax came in $660,000 higher than expected. All of these and other factors were unknowns until the end. Myrold did say more analysis of TOT should take place. She basically said it’s better to budget for expenses than to end up short.

Property taxes came in around $190,000 more than expected and so did other revenues. Town Manager Dan Holler said department heads also took the Town’s serious situation to heart and cut expenses. The staff recommended that the Town Council add $1.3 million to the Reserve for Economic Uncertainty which doubled the already $1.3 million in that account. They advised allocating the rest of the end of the year fund balance of $1.9 million on zoning code 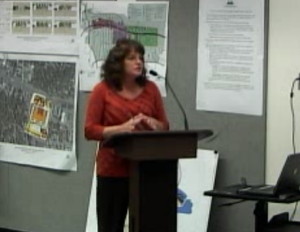 The perfect storm of cuts and revenue bumps made officials and citizens happier with Town government than they have been for some time. Myrold also told the Council that the Measure R account holds $1.3 million. Measure U – more than $1 million.

Councilman John Eastman revealed that the Council currently does not examine the budget on a monthly basis when he said, “Hopefully there will be a day when we can look at the budget monthly.” Myrold said the new computerized finance system should allow for that. Eastman went on to say that “It’s important that the public understands we are in better shape a year out of bankruptcy that we thought we would be. We budgeted conservatively.” Eastman gave some credit to Tourism Director John Urdi for bringing up TOT. Said Eastman, “A lot of things helped us get here. We should be pleased with where we are.”

Urdi pointed out that he has monthly TOT numbers that the Town can use in its planning and analysis. He said the Town could look back at trends and “not leave so much money on the table” when budgeting conservatively. Urdi said TOT collection efforts have gone a long way to raise more money too with 195 new licenses this year.

Town Manager Holler responded to the Mayor’s question about “structural deficits.” Holler said there are inner-Town fund loans and other pieces that need to be projected into the future for a real view. He said the Town has to look at all the pieces and then the quality of the level of service that has been cut considerably in recent years.

John and Rick can flap their gums all they want but the Perfect Storm = MMM.
Don’t candy coat it, she just did her job.

Does this mean the Too Bad It’s Dry tax wasn’t even needed?

I am happy to see that the town will make it without my 9.5%.