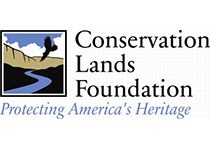 The Department of the Interior today announced that it would stop an effort initiated by the previous administration to reopen the Desert Renewable Energy Conservation Plan (DRECP). The following is a statement from Elyane Stefanick, California Program Director, Conservation Lands Foundation in response to this welcome action from the Biden Administration:

“Conservation Lands Foundation is grateful to the Biden Administration and the Department of the Interior for withdrawing the Trump Administration’s attempt to desecrate the California Desert Conservation Lands. The withdrawal of the Draft EIS amending the Desert Renewable Energy Conservation Plan affirms that the Desert Conservation Lands cannot be reduced by an administration and that the state of California has the certainty to work with renewable energy companies to meet its goals to reduce carbon emissions. We commend the leadership at the Department of the Interior and the Bureau of Land Management for ending this unnecessary amendment process.”

Background on the DRECP:

The DRECP is a first-of-its-kind land use plan designed to balance conservation, recreation, and renewable energy development on more than 10.5 million acres of California Desert public lands. In January, the Trump administration released a Plan Amendment and Environmental Impact Statement to the DRECP, a last-ditch effort to gut the protection of public lands in the region.

Flim Flam Scams and Robocalls have caused us to stop answering our phones!
Prevent Carbon Monoxide Poisoning | Don’t let it happen to you!
1 Comment
Newest
Oldest Most Voted
Inline Feedbacks
View all comments

A lot of time, energy and effort went into this project to identify the best places that renewable energy projects would best serve the public without destroying habitat for plants and animals in the fragile desert environment. The previous administration had little regard of the environment when it came into… Read more »