Fast work by Mammoth Police led to the arrest of a local man who officers say is responsible for two business burglaries over the week-end.

Mammoth Police said that Sunday morning they responded to Roberto’s Restaurant for a burglary investigation. An employee 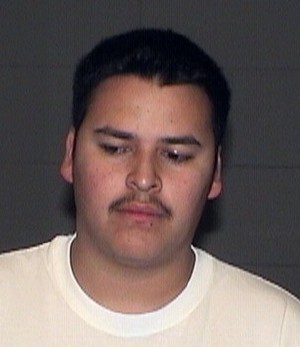 who opened saw cash registers open and other evidence of a break-in.

Shortly after that, an employee of Grumpy’s restaurant discovered a burglary there too. Police determined the same suspect had likely committed both crimes. An expensive mountain bike which belonged to a Grumpy’s employee was taken. Officers said they viewed surveillance video from Grumpy’s and saw the suspect. One of Grumpy’s employees recognized the suspect, according to officers, as a local man known as Chito.

Police determined that Chito’s name was Eduardo Barrios Navarro, age 22. Police said they obtained additional evidence that tied Navarro to both crimes. They got a search warrant for Navarro’s home and arrested him for both burglaries. Police said that Navarro confessed to both crimes and all of the stolen property was recovered. Navarro was booked for commercial burglary with bail of $50,000.

We work to provide daily news to all of the Eastern Sierra, in the tradition of Eastern Sierra News Service and the Sierra Wave. We bring you daily happenings, local politics, crime, government dealings and fun stuff. Please contact us.
View all posts by News Staff →
Hot Creek Appeal Arguments Revisited
Broncos roll into title game