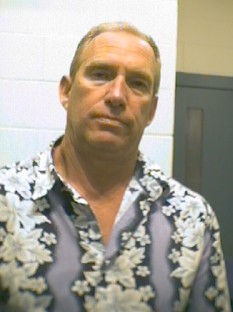 Investigator Madrid explained that officers found Didriksen in possession of a small amount of cocaine, and previous investigations led officers to arrest the man for dealing as well as possession.

Assistant DA Kendall said that Didricksen is alleged to have sold large quantities of cocaine for a couple of years. Investigator Madrid said that Didriksen had been convicted of similar charges in the 80s.

When asked about the prevalence of cocaine in Mammoth, Investigator Madrid said that in the last year he has seen a rise in cocaine activity in Mammoth. He also says that Methamphetamine is becoming harder to get.

Didriksen is scheduled to appear in court again next Tuesday.

We work to provide daily news to all of the Eastern Sierra, in the tradition of Eastern Sierra News Service and the Sierra Wave. We bring you daily happenings, local politics, crime, government dealings and fun stuff. Please contact us.
View all posts by News Staff →
Air Service EIS Arrival after Thanksgiving
Bureaucrat Beat: Flu Revelations, Bad Form, and Words Unveiled