By News Staff on January 4, 2012 in Government Agencies/Utilities 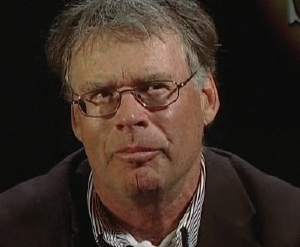 Prediction of long-range weather patterns happens about as easily as forecasts of earthquakes.  Not so easy.  But scientists can say what they think may happen.  In the case of this winter’s weather, Dr. Dan Cayan, Director of the Climate Research Division at Scripps Institute, told Sierra Wave that we are in a La Nina situation which could mean a drier, warmer winter.  Cayan has watched and studied our area for many years.

Dr. Cayan said that last winter was also La Nina but did not behave true to form.  Lots of snow hit the Sierra.  Cayan points out that the Eastern Sierra sits kind of in the middle of the weather systems that move in from the Pacific Ocean, so it can go either way.  La Nina in the Pacific usually means dryness in the south and wetness in the north.

Right now, Dr. Cayan said we’re seeing a pattern that circulates storms to the north.  Cayan said, “I think we will see a few storms in California this winter, but right now we’re looking at a case of storm tracks more or less to the north rather than square into California.”

For the state and the Eastern Sierra, the December deficit of snow, Cayan said, will be hard to make up.  He hurried to say that these are general statements.  “I don’t have any magical view of the future,” he said. Cayan did say that while not much is predicted for this week “something may break through in a week or so.”

California is no stranger to drought.  Cayan said tree stump relics in the Eastern Sierra show prolonged dry periods.  Multi-year droughts are possibilities, but as Cayan said this is not his prediction.

This calls for a rain dance 🙂