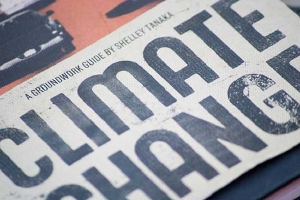 Part II– How does Climate Change Affect the World?

1. How can a change of one or two degrees in global average temperatures have an impact on our lives?

Changing the average global temperature by even a degree or two can lead to serious consequences around the globe. For about every 2°F of warming, we can expect to see:

5—15% reductions in the yields of crops as currently grown

3—10% increases in the amount of rain falling during the heaviest precipitation events, which can increase flooding risks

5—10% decreases in stream flow in some river basins, including the Arkansas and the Rio Grande

Global average temperatures have increased more than 1.4 degrees Fahrenheit over the last 100 years. [2] Many of the extreme precipitation and heat events that we have seen in recent years are consistent with what we would expect given this amount of warming. [5] Scientists project that Earth’s average temperatures will rise between 2 and 12 degrees Fahrenheit by 2100. [1]

2. Do emissions of carbon dioxide from human activities have a big impact on Earth’s climate?

3. Will a small rise in sea level affect people (even in the United States)?

A small rise in sea level will affect many people, even in the United States. The amount of sea level rise expected to occur as a result of climate change will increase the risk of coastal flooding for millions to hundreds of millions of people around the world, many of whom would have to permanently leave their homes. [7] Global sea level has risen approximately 9 inches, on average, in the last 140 years. [4] This has already put some coastal homes, beaches, roads, bridges, and wildlife at risk. [5] By the year 2100, sea level is expected to rise another 1.5 to 3 feet. [6] Rising seas will make coastal storms and the associated storm surges more frequent and destructive. For example, in New York City what is currently termed a once-in-a-century coastal flooding event could occur as frequently as once per decade. [5]

4.  What are the effects of Climate Change on world life?

Life on Earth is profoundly affected by the planet’s climate. Animals, plants, and other living beings around the globe are moving, adapting, and, in some cases, dying as a direct or indirect result of environmental shifts associated with our changing climate—disrupting intricate interactions among Earth’s species, with profound implications for the natural systems on which humans depend. Climate change is happening on a global scale, but the ecological impacts are often local. – (COMMITTEE ON ECOLOGICAL IMPACTS OF CLIMATE CHANGE)-

I remember the prevalent attitude not too long ago was to deny Rapid Global Climate Change with vehement and hostile skepticism. And not too long ago on this blog, there was sneering dismissal of any discussion or concern about it.

All truth passes through three stages. First, it is ridiculed. Second, it is violently opposed. Third, it is accepted as being self-evident.
A Schopenhauer

I’ve accepted as being self-evident.

Yeah, why care now when in 10 to 20 years you’ll have to suffer through it anyway. Just relax and enjoy the good old days while they still last.

Sure Mark! just dismiss it, and show your appreciation to all that is beautiful with this earth by way of destructing it and doing nothing about a obvious problem. You seem like a real benefit to have around!

J-Frog so you must be for saving the yellow legged frog and the removal the invasive trout?

5 Ways To Talk About Climate Change With Conservative Republicans: 1. Climate change is real and it’s happening now. It’s happening all over the world and the poorest people are the ones who are suffering the most. If Conservatives, especially those of the religious persuasion, truly care for their neighbors,… Read more »

Mark, Well I am for protecting all living beings, but I can’t say I am all for the USFS Best Management Practices or any other entity that can’t even return a phone call. Some do good and we should embrace those good doings, but like all gov’t entity’s they forget… Read more »

“…like all gov’t entity’s they forget they work for the people and specific purposes, it seems they have become entitled to their job because it’s gov’t funded.”

Now THAT’S quite a broad generalization there, J-Frog

And this is supposed to accomplish …?

You that bored to pick my comment apart huh? It’s my opinion, I don’t believe half of the services we get from tax revenue serve the people, they serve the established powers, and how obvious does it have to be to see that gov’t is bloated with ridiculousness and very… Read more »

What about the cumulative temperature increase over the past 100 years, 1913 to 2013, due to the removal of surface and near surface water in the Owens Valley? Isn’t it true that temperature change varies regionally? For example; removing all of the ground water from the Owens Valley and creating… Read more »

Get ready to pack up and move to LA where the carbon footprint required to sustain human life is much, much less than the one required to live in the beautiful Sierras. And when you get there, prepare to live like the Amish because that’s what it will take for… Read more »

Virtually every major human accomplishment has had to overcome similar defeatist attitudes. Such attitudes will always lose in the end.

It’s time for people to take notice of what is happening around them. Climate Change is real and is having an adverse effect on our area. Just take a look at the plant life and trees in your neighborhood do they look as healthy as they were last year? The… Read more »

Now watch this blog heat up faster than you can say “Climate Change”.