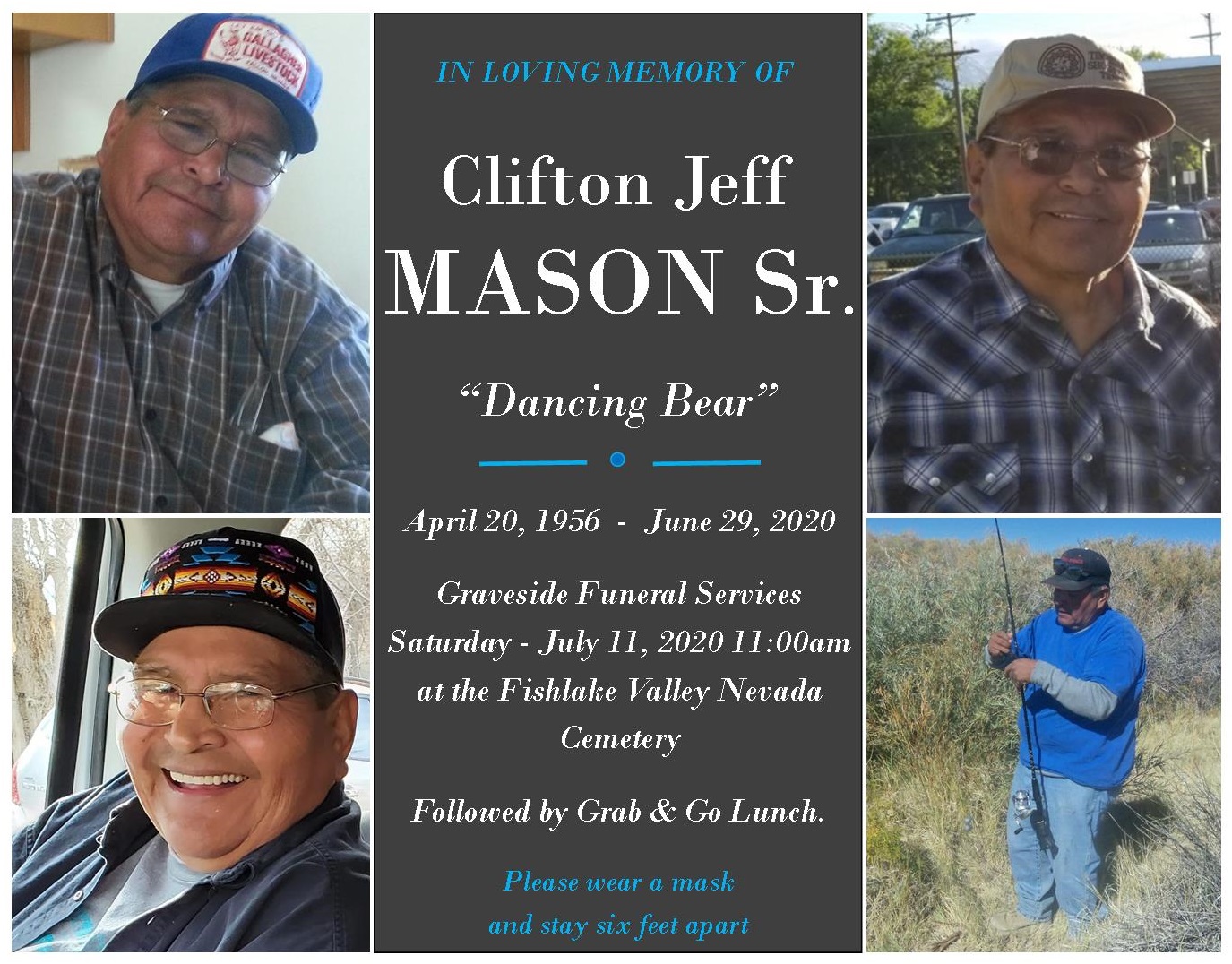 He was prominently known as John and Dancing-Bear throughout the Local Area and was a “jack of all trades” kind of guy, working for many of the local businesses and tribal governments. He is a proud Tim-bisha Western Shoshone and Northern Paiute Native American.

Graveside Funeral services will be held on Saturday July 11, 2020, 11:00 A.M. at the Fish Lake Valley Cemetery in Dyer Nevada.  A grab and go luncheon will follow at the Community Center.  Attendees must wear masks and maintain a minimum of six feet apart.