The California Highway Patrol (CHP) Bridgeport Area has scheduled a sobriety checkpoint for Friday, July 11, 2014, in Mono County.  Funding for this program was provided by a grant from the California Office of Traffic Safety, through the National Highway Traffic Safety Administration.  The purpose of a sobriety checkpoint is to deter impaired driving, remove impaired drivers from the roadway and educate the public regarding the dangers of impaired driving. 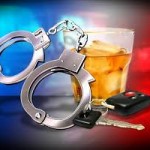 Unfortunately, what cannot be captured in the statistics is the lasting impact an impaired driving event has on those involved.  R. D. Cohan, commander of the CHP Bridgeport Area, wants to remind residents, “Even though we live in small communities we are not immune to the effects of DUI drivers.  Over the last few years Mono County has seen a steady increase in DUI collisions.  In 2013, DUI traffic collisions were up 64 percent from 2012.  When 2013 is compared with statics for the three year period from 2010 to 2012, DUI traffic collisions were up 125 percent.  This is an unacceptable trend”.

In an effort to reduce impaired driving, the CHP employs sobriety checkpoints to raise awareness and remove impaired drivers from the roadway.  Please, don’t become a statistic.  Always plan ahead and designate a sober driver.

On Wednesday, July 9, 2014, at approximately 9:00 A.M, Mr. Mark Leniham, age 43 of Coleville, California, was driving a 1999 GMC Suburban northbound on Eastside Lane at an unknown speed.

Mr. Leniham stated that he had fallen asleep and drifted off the roadway and onto the dirt shoulder, causing his vehicle to rollover and land on its roof, causing Mr. Leniham to sustain minor lacerations.

Due to Mr. Leniham’s condition, he was transported to the Carson Valley Medical Center in Gardnerville, Nevada, to be evaluated and treated for his injuries.  This collision remains under investigation.  Preliminary indications are that alcohol and/or drugs were not a factor in this collision.

Bob, I shouldn’t have to be made to pull over and be questioned because some people drink and drive. They don’t do it for any other reasons I know of .

Just wait until the TSA bozos start traffic stops in this area. Brought to you by the same wannabe rent a cops who used to love to pull your teenage daughter through the old airport scanners so they could see her naked.

Pedro…..Sounds to me like something you’d see on FOX NEWS…..TSA Agents coming to the area,making traffic stops or working the check-points…..doing pat-downs and full body scans on the occupants….trying to get a cheap peek at the ladies……and no one else to blame for it other than President Obama.

So, the CHP can have checkpoints, and I don’t have to give them more than license, registration, And also I can operate a vehicle, Not drive (per-say) under the Common-Law Right to Travel, and hey is there a $ 3.7 Billion dollar grant that will pay for all those 50,000… Read more »

If the purpose is really to deter impaired driving, all the have to do is park outside the tasting room at the corner of State Hwy 203 and Lake Mary Road.

They don’t get grant funding to do that. The cost to conduct DUI checkpoints including all the overtime pay comes from grant money. To qualify for the grant, the police agency has to fulfill all the requirements of the grant. The agency cannot use that money any way they want,… Read more »

That’r right DT, hence the law will detour it’s justice if it may hurt the economic structure in our daily lives,, That’s the world we live in, full of hypocrites!

Wayne, having some cop pull me over for no reason and then start at sniffing me, like my dogs when I get home, is not my idea american freedom or justice.

So you know when and where this checkpoint will be. Don’t drive there. You ought to be aware of implied consent. Driving isn’t a right. It is a privilege you have to earn and maintain. If you don’t like the terms of the deal, park it and walk or take… Read more »

DT- my my, “implied consent”, “privilege”. Are you really sticking up for the people that come up with crap like that? Cars are like underwear, ever one needs at least one.

CA Vehicle Code 23612 establishes implied consent for chemical testing IF you’ve been lawfully arrested. Implied consent does not mean you can be detained without reasonable suspicion or probable cause. CHP can have checkpoints, and I don’t have to give them more than license, registration, insurance. Don’t have to answer… Read more »

You say that because unlike your progenitors, you have never grown up and accepted adult responisbility. No time like the present, but I am not going to hold my breaht.

DT Your mostly correct. But your reasoning makes me continue to believe there has to be a better way..Besides name one good thing about growing old?.

To paraphrase Scotty from the very first Star Trek movie, growing old just means you haven’t died yet. Sounds like a good deal to me. Every day on this side of the grass is a gift. Grow up a little and you might start to understand that.

Please don’t be condescending – even to trouble. BK

I am old enough to say I’m old, and I am certain I will never believe it!

Besides name one good thing about growing old?.

#1. It’s better then the alternative

Now let’s wait and see if anyone is going to be stupid enough to still be drinking and/or transporting drugs and then get behind the wheel of a vehicle in the Bridgeport area on HWY 395 July 11th….which I’m sure some will….then we’ll get to see another post….or two or… Read more »

Ummm? I think Wayne has a crush on Trouble..