The musical Chicago opens Friday March 4 on the stage of the Bishop High School Theater. It is a tale of treachery and corruption; of greed, glitz, glamour and ‘All That Jazz’.

What is unknown to many fans of the musical Chicago, is that it is based on true happenings in the city of Chicago in the 1920’s. It was in this Prohibition-era Chicago that a number of murders committed by women came into the spotlight when the all-male juries of that time found their way to acquitting most of them. 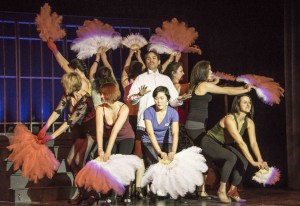 At this time Chicago’s press and public were riveted by these crimes and the murderesses became instant celebrity criminals. A fine line between good and evil became blurred by the press who were obsessed with the lure of vaudeville and its alluring stars, and went about fooling the public into believing beautiful young murderesses were innocent.

A corrupt criminal justice system played right into their stories. This then is the societal backdrop in which a young reporter working for the Chicago Tribune, Maurine Dallas Watkins, wrote her 1926 play based on actual criminals and crimes she reported on. Her play became the basis for the musical Chicago.

Today in Bishop, actors are polishing their singing and dancing numbers and the orchestra is getting all tuned up in preparation for opening night and the presentation to the public of their ‘razzle dazzle’ rendition of the longest-running American musical in Broadway history. The sets are done, the props are staged and ready to go, the lighting crew is perfecting their spots, and the curtain is about to go up. 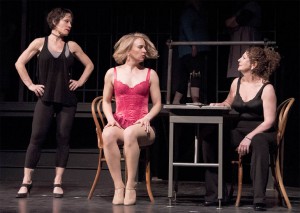 Tickets for Chicago, which is playing the first three weekends in March, can be purchased from Brown Paper Tickets. They can be reached at http://playhouse395bishop.bpt.me/ or 24/7 over the phone at 1-800-838-3006. Tickets can also be purchased locally in Bishop at two Playhouse partner locations.

Tickets can also be purchased at the Theater Box Office at the high school starting one hour before the start of the show, unless it is sold out; Saturday March 5 is already sold out. The play Chicago is rated PG-13.

Theater goers who really want to get in the mood are fully encouraged to come dressed up in their Roaring 20’s and flapper finest……..then have their photo taken with an actor or two after the show!