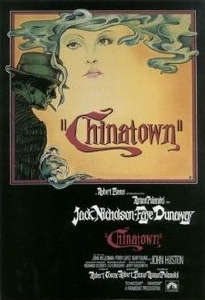 “Chinatown” and the Owens Valley

The Owens Valley Committee invites its members and the public to a program by John Walton, U.C. Davis professor and author of “Western Times and Water Wars.” Wednesday evening, September 5th, at 7:00-8:30 pm at the Lone Pine Film History Museum.

Roman Polanski’s 1974 film “Chinatown” is included on every list of the 100 (or 50) best movies. The film is based on the water wars between Los Angeles and Owens Valley in the early twentieth century, although Robert Towne’s Academy Award winning screen play takes many liberties with the historical facts, moving events to the late 1930s and casting the political conflict as a conspiracy and murder mystery. Nevertheless, “Chinatown” has come to be understood as the real history and that understanding, in turn, has influenced  the citizen movement which has succeeded in reclaiming some of the valley’s water and habitat.

Professor Walton’s talk will include clips from the film and will examine the film in historical context, the origins and consequences of “Chinatown.” For more information contact www.ovcweb.org.

Hmm, people sure are reading a lot into a movie that is more about an incestuous relationship than it is about the Owens Valley. The first time I saw it I couldn’t understand why people up here make such a big deal out of it.

God alone knows the future, but only an historian can alter the past. – Ambrose Bierce

Roman Polanski is hardly an historian, but it is a fun movie.

Hmmm .. “takes many liberties with the historical facts”.

Yes, that is what I meant Terry .. the part about Hollywood skewers. Yes Ken .. usually movies are pretty much fun things, fun and drama …. ie .. murder, sex .. is what gets people to look LOL.

I sure would like to read what Professor Walton has to say on this topic. I would love for my kids to hear this discussion. I’m not sure the movie would paint a fair picture of events thou. Wish I could go.

I just watched Chinatown last night. It moves a lot of the events of the 1900’s into the 1930’s. But the overall sketch of what happened is approximately there. How the San Fernando was bought up by various people high in the political structure of L.A. and then the people… Read more »