By News Staff on April 24, 2013 in Government Agencies/Utilities 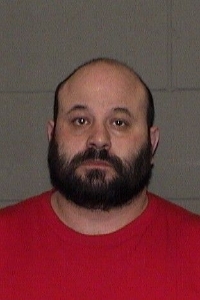 SACRAMENTO, Calif. — Gene Wayne Harris, 41, of Mammoth Lakes, was arraigned in federal court today on a grand jury indictment that charged him with attempted production of child pornography and attempted enticement of a minor, United States Attorney Benjamin B. Wagner announced

According to the indictment and statements made in court, between March 1, 2013, and March 8, 2013, while Harris communicated with a person he believed to be a 14-year- old girl, he attempted to produce child pornography, and attempted to entice a minor to engage in prohibited sexual conduct. He is a registered sex offender.

This case is the product of an investigation by the Federal Bureau of Investigation and the Mono County Sheriff’s Department. Assistant United States Attorney Kyle Reardon is prosecuting the case.

Because Harris has a prior conviction for sexual battery in violation of California law, if Harris is convicted of the production charge in the indictment, he faces a statutory penalty of 25 to 50 years in prison, a $250,000 fine, and a lifetime period of supervised release. If convicted of the enticement charge, he faces 10 years to life in prison, a fine of $250,000, and a lifetime period of supervised release. Any sentence, however, would be determined at the discretion of the court after consideration of any applicable statutory factors and the Federal Sentencing Guidelines, which take into account a number of variables.

The charges are only allegations, and the defendant is presumed innocent until and unless proven guilty beyond a reasonable doubt.

10 years to life in prison for ‘enticing a minor’ that isn’t even a child but rather a federal agent? Yeah – I’m sure time in prison will solve his disease. The justice system really needs a rehabilitation program in place for sex offenders because obviously, the one in place… Read more »

cmooooooooooon,theres so much nonsense happening from bridgeport to bishop,you gotta sit back and laugh