By News Staff on September 15, 2016 in General, Public Event

The owners of the McDonald’s franchise in Mammoth Lakes announced the permanent closing of the restaurant, which closed at the end of the day on Labor Day. 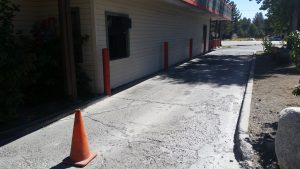 It has had a troubled earnings history for many years according to franchise owners Lis and Kevin Mazzu. The couple took over the franchise in 2004. The restaurant, which opened in 1985, never realized the expectations that McDonald’s Corporation had hoped for the resort community.

In a statement, the Mazzus wrote—

“Being a small business owner in California is challenging, especially in a small town like Mammoth Lakes with extreme seasonality, drought impacts, dependence on tourism, a transient workforce and higher costs of doing business. We are excited to able to focus our attention on our 2 viable restaurants located in Bishop and Lone Pine, where we are strongly supported by the local citizenry and enjoy being involved in, and giving back to the local community.” 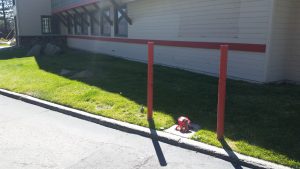 The restaurant had approximately 20 employees as it came to the end of the summer season, many of whom received two-week’s severance pay and will receive references and whatever help the Mazzus can provide in helping them find employment.

Six employees are relocating to work at the other two McDonald’s owned by the Mazzus in Bishop and Lone Pine and they will receive assistance in relocating. Seven of the employees that were let go were high school students.

While the permanent closing of the restaurant may have come as a big surprise to its employees and local residents, followers of McDonald’s Corporation news would not have been surprised. McDonald’s has been missing its target earnings goals for the several years, which has been dragging down its stock value.

In January of this year, after 31 years in business, the McDonald’s in Aspen, Colorado permanently closed its doors. The Aspen franchise owner, Paul Nelson, said the McDonald’s Corporation made the decision to close “under-performing restaurants.”

Closer to home in the Eastern Sierra, the McDonald’s in Lake Isabella, which has been in business for 16 years, closed its doors for the last time on May 30 of this year as well.

The reasons for the under-performing earnings reports of McDonald’s has been attributed to a variety reasons including market saturation, a lagging economy, higher wages, and even “health consciousness” of Americans.

The property and building in Mammoth Lakes is owned by McDonald’s and will be sold. The Mammoth franchise was on the list of potential closures by the corporation, but the Mazzus decided to keep the store open at least until Labor Day when the traditional summer tourist season ends.

McDonald’s success, as with most fast food restaurants in resort areas, are heavily dependent on tourism to survive. The seasonal nature of many resorts, which are often located several miles from the main thoroughfares, often result in lean times during the shoulder months between the summer and winter tourist seasons which have the greatest numbers of customers.

In a case of “Out of sight; out of mind,” a clear problem for the Town of Mammoth Lakes—when it is not the target destination—is that many travelers along the 395 Hwy corridor will not drive the 2 miles off-highway into town during the shoulder seasons, choosing to stop to eat in Bishop, Lake Tahoe or Carson City.