Carl Dondero was born on October 10th, 1932 in Lee Vining/Mono Lake, CA and passed away February 13th, 2015 surrounded by his family.  He was raised in Yosemite, CA Indian Village. 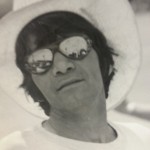 Throughout his childhood growing up in Yosemite, Carl enjoyed the outdoors while also learning his Paiute culture.  As a teen he attended Stewart Indian School in Carson City, NV.  During his time at Stewart he met his wife, Loretta Burns.

Together they raised 8 children.  Carl enjoyed being with his family and spent every deer season around Mono Lake with his children, brothers, nephews, nieces and grandchildren.