A Bishop man is in the hearts and prayers of many eastside residents today after an accident on the canal left the man trapped in his car underwater.

According to the report from CHP Officers, 32-year-old Bishop resident Mark Strout lost control of his 1996 Ford Explorer and drove into the canal. CHP officers dont know why the driver lost control, but the vehicle rolled into the water and came to rest with the drivers side down. 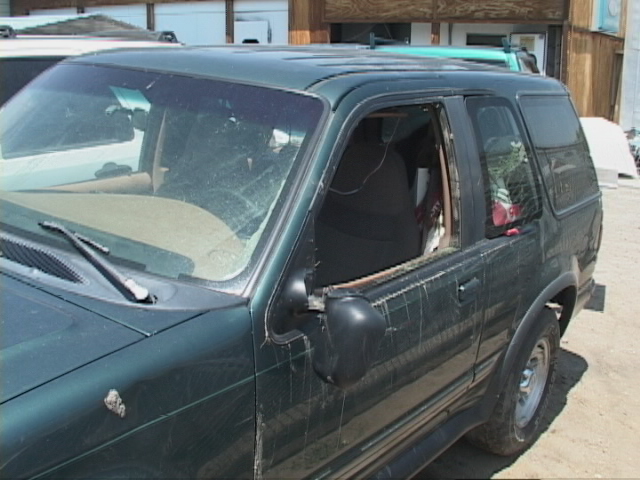 The two Bishop police officers and Sergeant Marsh went into the water. McClinton worked on getting the driver out, and Marsh broke out the back window to make sure no one else was trapped in the vehicle.

Chief Sheehan says that McClinton took of his duty belt and entered the water. He was able to feel the man was indeed trapped, but could not release the seatbelt. When McClinton surfaced for air, Sheehan says that officer Brian Rossy had arrived and gave McClinton a knife to try and cut the belt, but that didnt work either.

For the third effort, Sheehan says that Rossy held McClintons legs to push the sergeant deeper into the water, where McClinton was able to reach the safety belt and free the victim. Rossy, Dorame and Roberts pulled him to shore and Bachman began working on him

Sheehan says that the man might have been under water for five minutes. Officers started CPR, joined by Bishop Fire Chief Ray Seguine, a firefighter, and the Symons Ambulance crew. The victim eventually coughed, spit up water, and took a couple of spontaneous breaths, Sheehan says. He was taken to Northern Inyo Hospital and later flown to Renown Medical Center in Reno. At last word, Strout remained in critical condition.

We work to provide daily news to all of the Eastern Sierra, in the tradition of Eastern Sierra News Service and the Sierra Wave. We bring you daily happenings, local politics, crime, government dealings and fun stuff. Please contact us.
View all posts by News Staff →
Highway Projects Continue throughout Eastern Sierra
Bureaucrat Beat: NameGame, Robocalls and Fate