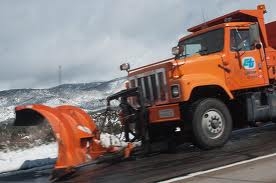 When suddenly serious snow hit the Eastern Sierra, thoughts went to snow plows and how many hit the road from Caltrans.  Public Information Officer Florene Trainor said the full fleet of snow plows went out.  She also revealed that it’s been a struggle to keep needed equipment in District 9 as the state looks for ways to make cuts and to balance the budget.

Trainor said that part of the Governor’s plan is to reduce equipment in state departments.  She said that state officials have made lists of what they consider to be under-utilized equipment to take out of serve and save on maintenance costs.  The state did take pick-up trucks used to assist the highway patrol during highway emergencies and a sign that warns motorists.

The State did take some 17 pieces of equipment from District 9, also including sweepers and equipment to perform crack seal work.  Trainor said District 9 Director Tom Hallenbeck went to Sacramento to fight to keep equipment in the Eastern Sierra.

So far, 30 to 40% of District 9 employees have lost their state-paid-for cell phones, except for supervisors.  They may lose the ability to take vehicles home so they are available for emergencies.

In spite of the state money problems, Caltrans did hire its winter workers so they were available to operate snow plows when the storm hit early Monday.  Late Monday morning, Trainor had told us that Caltrans had all of its pieces of equipment on the road with Highway 395 as the first priority.