More than $2 Billion in Funding Approved for Hundreds of

(Press release) Bishop — Caltrans announced Tuesday that the California Transportation Commission (CTC) approved funding for more than 100 transportation projects funded entirely or at least partly by $690 million from SB 1, the Road Repair and Accountability Act of 2017. 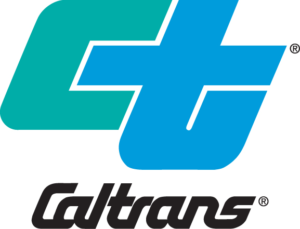 “These projects are a just a small portion of the key improvements we need to maintain California’s critical transportation infrastructure,” said Caltrans Director Laurie Berman. “Throughout the state, projects like these are being completed through SB 1 investments.”

The CTC also approved more than $1.3 billion in funding toward nearly 150 transportation projects for additional maintenance, improvements and construction throughout California.

Most of the projects receiving funding allocations are part of the State Highway Operations and Protection Program (SHOPP), which is the state highway system’s “fix-it-first” program that funds safety improvements, emergency repairs, highway preservation and some operational highway improvements. While funding for this program is a mixture of federal and state funds, a significant portion comes from the Road Maintenance and Rehabilitation Account created by SB 1. Caltrans will focus on repairing and rehabilitating the state highway system by improving pavement, bridges, culverts and intelligent transportation systems, which are included in the performance requirements of SB 1.

The Road Repair and Accountability Act (SB 1), the landmark transportation infrastructure bill signed by Governor Brown in April 2017, invests $54 billion over the next decade to fix roads, freeways and bridges in communities across California and puts more dollars toward transit and safety. These funds will be split equally between state and local investments.

Caltrans is committed to conducting its business in a fully transparent manner and detailing its progress to the public. For complete details on SB 1, visit http://www.rebuildingca.ca.gov .

We work to provide daily news to all of the Eastern Sierra, in the tradition of Eastern Sierra News Service and the Sierra Wave. We bring you daily happenings, local politics, crime, government dealings and fun stuff. Please contact us.
View all posts by News Staff →
Tough to mess with Inyo County’s voting results
ESCOG discusses air service, wildland fires