Over the past few days, Caltrans 9 has been reporting everything from a rockslide in the Walker Area to mudslides in Aspendell to a rapidly growing wildfire near US Highway 395 near the Nevada-California border.

State Route 168 W that goes up to the Lake Sabrina area and Aspendell had to be closed due to mudslides, but is now open. Caltrans crews have cleared the road of three separate mudslides and debris along State Route 168 just west of the winter closure gate near the community of Aspendell. Thunderstorms and lightning in the area over the past few days have caused wildfires,, rockslides and mudslides.

Drivers should note that, in conjunction with Nevada Department of Transportation, Caltrans has closed U.S. 395 in northern Mono County from the junction of State Route 89/Monitor Pass to the Nevada State Line due to the Tamarack Fire. Local traffic allowed through only. Drivers heading north to Nevada will need to detour at State Route 182 in Bridgeport. US Highway 395 was also closed on Wednesday, July 21 due to the Tamarack Fire near the California and Nevada border near Topaz.

Voluntary evacuations have been issued for Topaz Ranch Estates and Topaz Lakes areas. 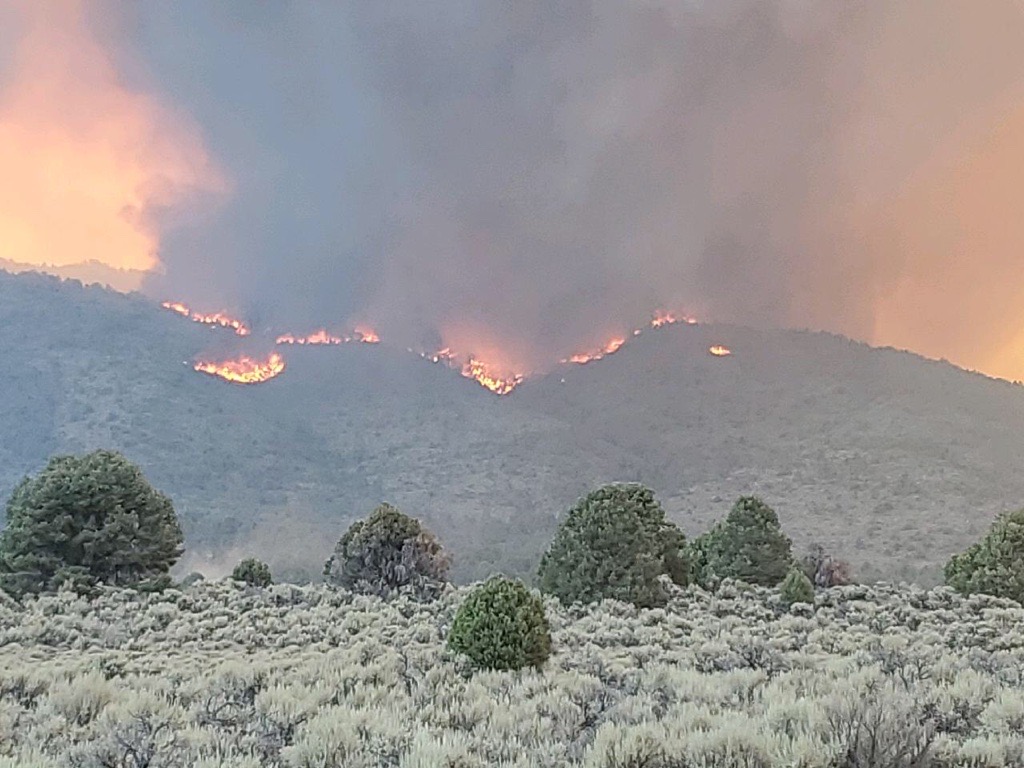