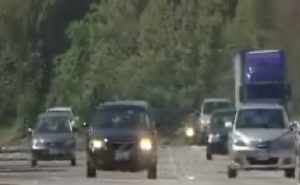 According to Capitol Television News Service (CTNS), the number of fatal traffic accidents in California continues to fall.  The state saw deadly accidents drop nearly 12% last year compared to 2009.  It’s the fifth year in a row that traffic deaths in California have gone down.  The nation’s overall traffic fatality rate is estimated to have fallen by 3%.

Traffic officials say the drop in fatalities the last five years means thousands of Californians are with their families instead of being a traffic statistic.  The office of traffic safety also announced it has received $76 million to support more than 200 traffic safety grants for state and local agencies with two new areas, distracted and drugged driving getting special emphasis.

o2lvnmmth- I hope you didn’t take me comments offensively. I agree Honda has really improved their saftey . I just really think the oil giants play a huge role in the state of our economy. I hope you and your family are o.k..

it takes a heck of a lot more then that to offend me…I love discourse and hearing other people’s opinions…when they are capable of intelligent discussion regarding those opinions at least!

I recently had my first ever serious car accident, going down highway 395 we lost control of our vehicle by overcorrecting and went all over the road, eventually off the road backwards, then flipped end over end….we both walked away with barely a scratch (which came from dropping from the… Read more »

The rate has likely gone down because people can’t afford to drive as much anymore.

Less driving is only a part of it. The rate is down on a per miles driven basis as well. From California OTS: “California 2009 Mileage Death Rate (MDR) – fatalities per 100 million miles traveled is 0.95, and marks the first time California has been below 1.0. California is… Read more »