Mono Sheriff Deputies have arrested three people in connection with a string of commercial and residential burglaries in the Lee Vining area. 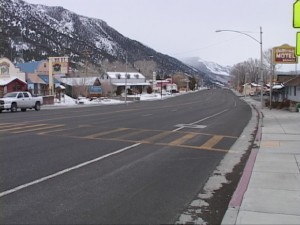 According to Under Sheriff Ralph Obenberger, officers conducted extensive interviews with victims and other Lee Vining residents in an effort to figure out who was behind the burglaries.

With the evidence gathered and help from the community, Obenberger reports that three arrests were made. Two of the suspects are juvenile residents of Lee Vining. The third suspect arrested was 18 year old Jorge Garnica also of Lee Vining.

A fourth person, a juvenile resident of June Lake, was arrested for obstruction of a peace officer during the arrest of the other three.

We work to provide daily news to all of the Eastern Sierra, in the tradition of Eastern Sierra News Service and the Sierra Wave. We bring you daily happenings, local politics, crime, government dealings and fun stuff. Please contact us.
View all posts by News Staff →
Mammoth News Briefs: Think, Spend, Travel
New Information On Fossett Plane Crash