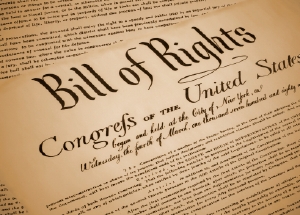 Driving around the Eastern Sierra today I noticed some bumper stickers. One said MyBillofRights.org. It’s a group that wants to get back to the Bill of Rights, which amounts to the first ten amendments to the Constitution. The group has gone to work to display the Bill of Rights in public buildings. As this group says, the amendments “put the government on notice as to who is the master and who the servant.”

The politicians don’t get it. We do not want government by rhetoric and lobbyists. No more phony posturing. No wonder these people have gone to the Bill of Rights which includes free speech, right to bear arms, no search and seizure without warrants and probably cause, trial by jury and a couple more. The past and current presidents have violated our rights against warrantless searches with the government’s insistence that they can monitor our phone calls and internet communication.

The other bumper sticker said, “How would Jesus drive?” Maybe this driver has had bad times on the highway. The bigger question might be – would anyone recognize Jesus or a similar personage if they showed up in town? Check out The Iconoclast by W.C. Brann. He tells a story of when Jesus came to the newsroom. He wasn’t treated too nicely since most thought he wasn’t dressed appropriately and spoke in strange phrases. By the way, Brann was shot on the street for his outrageous news writing in Waco, Texas.

Here’s a hopeful headline: It says, “AT&T, T-Mobile face hard questions.” Duhhhhhh! It’s about time! The LA Times article says senators have asked tough questions and say that the marriage of the two mega cell phone companies would “push the wireless industry toward monopoly.” Thank you.

Deep into the LA Times Business section, find this story. It talks about a plunge in commodities after “government data showed growing stockpiles of crude oil and gasoline and weaker demand.” The story also says that oil futures took a drop and so did gasoline futures. This is where our gas prices come and go. So, we should expect a drop in gasoline prices. We’ll see, won’t we.

Ever wonder just how cozy regulators are with the companies they’re supposed to ride heard on? Get this. Cable TV giant, 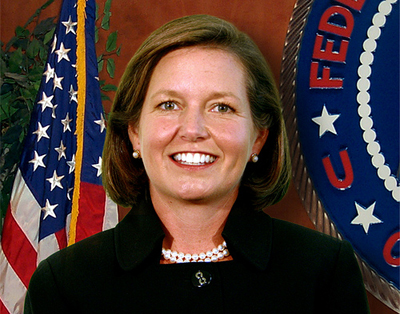 Comcast, just hired Federal Communications Commissioner Meredith Attwell Baker as senior vice president of government affairs for its NBCUniversal unit. She’s part of their lobbying team. Baker was hired just a few months after she voted in favor of Comcast’s deal to acquire majority control of NBCUniversal from General Electric. Make up your own story here.

Weren’t we all glad to see the story that Lindsay Lohan will have to serve time for theft of a gold necklace. Of course, her time may be spent at her Venice home. Come on, judge, not good enough. We were TV weary of seeing her committing crimes. She’s supposedly an actress, but seems to do mostly bad acting.

This is not act. The City of Bishop will not go so far as to allow dogs in City Park on leashes or off, however, they did say okay to what one might call a Dog Square in the front section of the park. It’s a place to take dogs to do their business. Is that good enough? Critics say, no, that tourists and locals would like to walk the beautiful park with their best friends.

We work to provide daily news to all of the Eastern Sierra, in the tradition of Eastern Sierra News Service and the Sierra Wave. We bring you daily happenings, local politics, crime, government dealings and fun stuff. Please contact us.
View all posts by News Staff →
Charges still pending on Crosby case
Mono deputy arrests three men on drug/ weapons charges