By News Staff on September 21, 2010 in Bureaucrat Beat

Government ownership of land around our towns. From southern Inyo to Mammoth Lakes, it’s a problem. LADWP squeezes Inyo towns which have shown zero growth and mostly decline. Hey, we love the open space, few people, relatively low crime, but we don’t enjoy the news that services have gone down hill or are just plain gone. 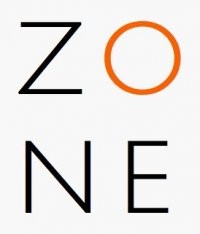 The decades-long failure of Inyo officials to stand up for their people and towns has left southern Inyo, in particular, with meager services, jobs, housing and not much hope for future growth of any kind. So, news of DWP’s purchase of still more land is like a slap in the face or a middle finger to say, “We want water. We don’t care about you.” Hey, that’s the way it is until our elected officials put our own sadness and frustration into words of demand.

In Mammoth Lakes, the Forest Service surrounds the town. They’re busy telling Mammoth what to do when someone steps a toe into forest land just over the town limits. We in the Bureaucrat Beat Newsroom favor a kind of no-bureaucrat zone which respects the town’s needs and gradually moves into federal ownership. Reasonable people can work on these things.

Then, there are the people who want less government for very selfish, greedy reasons and will spare no expense to get it. Check out the article in The New Yorker magazine called “Covert Operations”. The story tells all about the Koch brothers, David and Charles, whose fortunes made from oil and pipelines is second only to the billions of Bill Gates. The New Yorker found out that the brothers spend millions, even billions, on think tanks that influence political movements, and on lobbyists who influence politicians. In fact, the Koch brothers are neck deep in the Tea Party movement. Seems they have financed 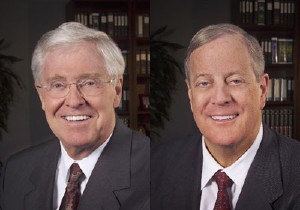 many of the groups protests and activities. Their aim? According to the article, to keep Obama from regulating and taxing corporations. As for how they operate their own business, seems Koch Industries’ bad boy behavior has led to grave pollution and in one case an explosion that killed two.

Oh, yeah, that group called Americans for Prosperity? Yep. Koch brothers financed, with propaganda that goes to all sorts of places. Pays to read just so you know who pulls the strings in what might be your favorite organization. It would be really embarrassing to be duped by rich guys who get you to do their dirty work.

Talk about duped!! Seems that for some time now officials in Vernon, CA, have strong-armed government employees to vote for them. The Los Angeles Times revealed a systematic, long-time scheme to manipulate votes. As a result, apparently, the city administrator and mayor have retained their seats for something like 50 years. Good grief!

While these fatsos slurp up at the public trough, news came out last week that one in seven in the U.S. lives below the poverty line. According to news reports, four million Americans joined the ranks of the poor. The LA Times reported that those who fall below the poverty line today are “more likely to be full-time workers who can not earn enough to meet their needs or middle-class workers driven into the ranks of the poor by lost jobs or shrinking incomes.” Maybe if people like the Koch Brothers weren’t so busy sucking up every dime as they avoid pollution regulations and taxes there might be more to go around!

Here’s news about another of America’s lovely corporations. Dole Food Company squeaked out from under a lawsuit that accused the corporation of making payments to illegal far right Colombian militias that killed thousands of people in banana-growing regions. The suit claimed that Dole paid to murder effective union leaders to keep unions out of Dole’s banana plantations. The suit further alleged that Dole used “terror tactics to discourage workers from joining the unions.”

This suit was filed in LA court on behalf of 185 Colombians who are relatives of 51 men allegedly killed by Dole-hired militia members. As we said, the suit was dismissed. We will add that our departed editor, John Heston, spent some time in Latin America and confirmed these kinds of behaviors. He told us that he personally witnessed United Fruit Company’s slaughter of village residents in Guatamala to take over their land to grow bananas. Not a good way to treat neighbors.

Lots of talk these days about obesity. Lots more fat people around. That means lots more health problems. Here’s a problem that has grown worse According to Science News magazine, the prevalence of hearing loss in teenagers rose by nearly one-third in recent years compared with the rate in the late 1980s and early 1990s. Loud music in headphones or ear buds may be the culprits. Tell your kids. Later hearing loss – definitely not cool.

We work to provide daily news to all of the Eastern Sierra, in the tradition of Eastern Sierra News Service and the Sierra Wave. We bring you daily happenings, local politics, crime, government dealings and fun stuff. Please contact us.
View all posts by News Staff →
Former Mammoth Resident Jailed in Reno for Double Homicide
Another Wildlife View