By News Staff on August 7, 2009 in Bureaucrat Beat

Okay. We admit it. At first, we thought Twitter was just a dumb waste of time – you know, movie stars going on and on about what they had for breakfast, their favorite brand of tooth paste, etc. Then, suddenly Twitter became the 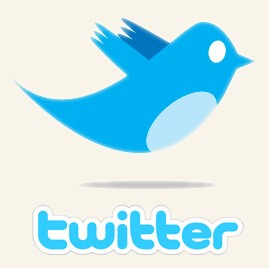 communication tool of choice, or we should say necessity, for the Iranian revolutionaries. The tyrants had closed off media sources to the rebels. Wow. From Hollywood trivia to riveting international rebellion.

So, okay. Sierra Wave has joined Twitter. For those of you who prefer tweets to other websites, just go to www.twitter.com/sierrawave. Bingo. News.

Even with manual typewriters, a cave-like newsroom and lots of coffee, we do love the electronic sharing of words. Here’s a little tidbit that might improve sharing generally. Seems that new research suggests that getting a good night’s sleep improves relationship satisfaction and outlook the next day. Here’s more research that points to the importance of getting enough ZZZZ’s. A five-year study shows that lack of sleep increases risk of high blood pressure. Wow. Who knew that quality sleep time could give you better health and longer life. That’s what other studies say.

Shelter. A kind act that will make the animals’ lives better. On that note, did you know that cats are right and left-handed, or pawed, as it were. Research has uncovered the startling fact that male cats favor their left paws and females, the right.

Governor Arnold Schwarzenegger threw out a left-handed idea. He would autograph a fleet of state-owned cars about to go up for auction – to increase their value. Good grief. Well, what the heck. If your governor is an actor, go Hollywood!

Still confused about health care reform? Paul Krugman, nobel prize winning economist put it in a very few words. He wrote that it means this: “regulation of insurers so that they can’t cherry-pick only the healthy and subsidies so that all Americans can afford insurance.” Then he says that what it means for the individual will be “that insurers can’t reject you and if your income is relatively low, the government will help pay your premiums.” End of story.

We hear the Democrats have allowed the current bill to become so watered down that it will do little to help. Hey, both parties get lots of campaign contributions from health insurance and drug companies. Sounds like the mega health corporations are getting what they paid for.

Bureaucracy failed? Case in point – the state Unemployment Insurance Appeals Board, plagued by a huge backlog in handling appeals of jobless Californians denied unemployment compensation. According to the LA Times, the board blames the governor’s policies. The Governor fired back that the board and staff are not working hard enough. Good grief. They’re sniping while people go hungry.

Another victim of the budget mess – domestic violence programs. Seems the Governor eliminated state funding to many of these programs. Some reports say shelters will on average lose 30% of their budgets and many will have to close.

In the Eastern Sierra Wild Iris could lose as much as $200,000 which would affect their counseling, emergency shelter and crisis response. As Wild Iris points out, the need for their services has increased with the downfall of the economy. You can contact lawmakers to urge them to overturn the cuts to Domestic Violence Programs. Check with Wild Iris to learn more. 873-6601.

Still a lot of interest in the Mono County Grand Jury Report. That document found that personal attacks on Chief Randy Schienle were unsubstantiated and that the police, under the Chief’s leadership, are generally providing quality law enforcement services in Mammoth.

The Report is long. Check it out at www.monocourt.org under grand jury. Toward the end of it, the Jury found that the morale of Mammoth Lakes Police officers “is at an all time low….”

The Jury found that the low morale comes from the threat of lay-offs, loss of pay and benefits, but also concerns about favoritism, problems with a particular sergeant, communication issues with and between management of the MLPD and sub-par equipment and an inadequate facility. The Jury found that an improved budget situation would boost morale. That’s a tough one. The Jury also found that concerns of favoritism and lack of communication also need to be addressed. So does a new police building. It’s too bad the Town didn’t go for a new police facility when they had the bucks.

We work to provide daily news to all of the Eastern Sierra, in the tradition of Eastern Sierra News Service and the Sierra Wave. We bring you daily happenings, local politics, crime, government dealings and fun stuff. Please contact us.
View all posts by News Staff →
August 7th in History
Mono Grand Jury Examines Jail, 911 Dispatch