The Department of Fish and Game has done it again – assumed a somewhat high-handed position of power over the lives of community people. This kind of bureaucracy juices up our adrenaline.

Seems that the City of Bishop hired consultants to examine potential development, mostly on LADWP-owned land in the community. Fish and Game types in Bishop gave a thumbs down to some popular in-fill spots within the City because of possible interference with waterways and endangered species. As one of our website comments so aptly noted: “Funny that DFG lets DWP fill in wetlands throughout the area and conduct maintenance without a 1600 permit but then turns around and declares land is not available for development in local communities? I think DWP can go ahead and mitigate for those 600 acres right now.” Couldn’t agree more. Another comment said, “What if DFG found that the widespread pumping and draining of the Eastern Sierra had some type of impact and should not be done? Maybe then we would find a use for the government drones. Free the valley!!!” Ditto.

Come on, Fish and Game, if you can’t regulate LA, you should leave Bishop alone. Leave Mammoth’s bears alone, too, while you’re at it. Speaking of Mammoth, how about Councilman John Eastman? He came to Wednesday’s meeting with a fairly large mad worked up. Eastman had clearly had it with lack of readiness for Fourth of July tourists, and he wasted no time to let it all hang out. He nailed several bureaucratically infuriating situations with a finger pointed at the Town staff. We feel your pain, Councilman. 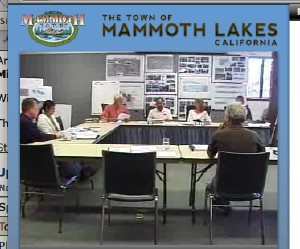 Eastman spoke in public comment about his disgust over several things. First, the failure to open the new Lake Mary Bike Path for the Fourth of July. Public Works Director Ray Jarvis said part of the path might open. Eastman next took on the Mono County Clerk who is taking 28 days to certify election results. Just because she can take 28 days doesn’t mean she has to, said Eastman. He pointed to the major interference this has caused Mammoth’s budget deliberations with two elected councilmen not sworn in and able to vote. Eastman wants this on a future agenda. Next, Eastman picked on the Park Service for failure to open a road to Mt. Tioga because a parking lot was not plowed. Come on, can’t they do that?!? It’s the Fourth of July.

On to Steve Searles and a pick-up truck. At that point, Mayor Neil McCarroll tried to silence Eastman who said, no. He had more to say. Instead of the Town approval for Searles to use the former Animal Control truck, Mammoth Mountain jumped in and bought him one with their logo on it. Eastman scolded Town Staff for failure to see a marketing opportunity with Searles and his truck on a new Animal Planet show. Said Eastman, “You get the sense that I’m not happy. We have brown grass on Main St. and tennis courts closed.” Happy Fourth of July, Mammoth. Stay tuned for more of Eastman, who seems more like a CEO these days. Go, John!

We do not have these same happy words for Anthem Blue Cross, the State of California or the Inyo Supervisors. First Blue Cross. News reports say the greedy insurance mogul has plans to raise premiums again – by as much as 20%. They cry poor mouth and claim losses lie ahead. Oh, really. How come Anthem made $877 million in the first three months of 2010, a 51% increase from a year earlier? Let’s rename the company to Dirge Blue Cross.

We’ll name the California Welfare Department totally nave. They’re the ones who issued debit cards to welfare recipients who promptly used them at casinos and, now it is revealed, at strip clubs! I wonder if they saw any DWP workers there?
The LA Times reports that more than $12,000 from the Temporary Assistance for Needy Families program went to strip clubs and gentlemen’s cabarets over the last two years.

Some bureaucrats don’t take their jobs seriously. Over time, some members of the Inyo Water Commission have just filled a seat at meetings. Things deteriorated so badly that the Inyo Supervisors looked at abandonment of the Commission. They weren’t doing their jobs, either. 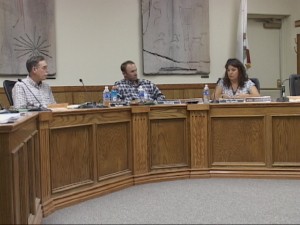 Agreement and other water edicts, continuous review of the Agreement and water matters, written advice to the Supervisors every six months, reports on the views of the public, evaluation of environmental impacts. The productive possibilities are endless.

Oh, yeah, that same resolution says “two months before the expiration of a commissioner’s term, the Board Clerk shall notify the public by news release, publication and other means that this Board is seeking qualified applicants to serve on the commission.” The Supervisors left out the news release part. They only wish they could eliminate the news.

We work to provide daily news to all of the Eastern Sierra, in the tradition of Eastern Sierra News Service and the Sierra Wave. We bring you daily happenings, local politics, crime, government dealings and fun stuff. Please contact us.
View all posts by News Staff →
Warmer Weather Means More Run-Off for Mono Lake
Mammoth’s Town Attorney, Peter Tracy, Says He Will Resign in December