By News Staff on January 7, 2011 in Bureaucrat Beat 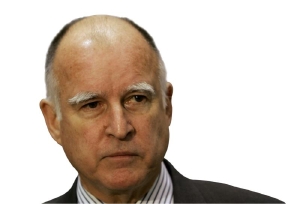 Tongues went wagging at the Mammoth Town Council meeting Wednesday when former Police Sergeant Eric Hugelman’s attorney, his wife and the former police lieutenant all showed up to lobby for his re-hiring. The buzz around town is that Hugelman’s human relations lacked savoir faire on the force. What will the Town Council do now? Money. Money. Money.

Let’s hope Governor Jerry Brown does not try to get rid of Proposition 13. If you don’t like taxes now, just imagine your property tax bill without the Jarvis Initiative. It’s not pretty. Brown thinks local jurisdictions may need more ways to raise money. We don’t think so. They need to find more ways to quit spending it. We remember when the Inyo and Mono county budgets amounted to $13 million each. In Inyo’s case, the county has not grown at all. Why do we now spend $75 to $80 million!!!!! Yeah. Yeah. We know, a lot of it comes from the state. Well, they’re broke too. Such a mess.

In all the mess in Mammoth over Hot Creek we learned something. The Third District judges spelled out in their opinion that any development agreement is approved by ordinance and subject to referendum which allows the voters to overturn approval of such an agreement. Wow. Power to the people. The judges also pointed out that development agreements are designed for municipalities to extract promises of money and infrastructure. Keep notes on that.

Here’s a musical note. On a recent 60 Minutes show, trumpeter Wynton Marsalis told Morley Safir that the study of the arts is perhaps the most important since it provides insight into what brings people together. Wow. We never thought of it that 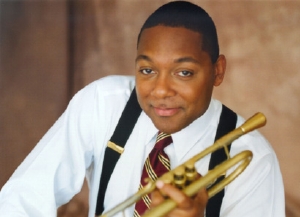 way, but music and visual arts do touch that part of people that we can all relate to. The arts, my friends, are not touchy feely nonsense. They get down to the soul and how to live better. We need a lot more of that these days.

We think perhaps the executives at AT&T need to study art and music. Currently they seem to have no clue about the needs of their fellow humans. Okay. Some of us have had good luck with our phones and AT&T service. Others continue to suffer. We hear a lot of ugly gripes from people in Mammoth about dropped calls, troubled internet data cards. Clint Hyde, for one, wrote a letter to AT&T and said, “The connection I have now is about the speed of dial-up that was common in 1996.” Ouch. His internet service is worse. The disruption to life, business and communication has taken a huge toll. Hyde points out to the AT&T guys that they are not only irritating us but also the thousands of visitors.

Another major irritation – when the big switch over from Alltel to AT&T took place, some people bought new phones. Turns out AT&T charged them sales tax on what they claim is the retail price of the phones not the price charged by AT&T. What??? We thought sales tax was always charged on what you pay for something. Not according to AT&T. Since their credibility sits somewhere around Bernie Madoff’s, who wants to believe them? We’re investigating.

If voodoo were in practice in Mammoth Lakees, AT&T would feel the pain. Oh, wait a minute, who says voodoo is not afoot? Well, I guess the Third District Court of Appeals would be writhing in agony if it were.

We might like to try some voodoo on Republicans and Democrats. The Repubs say they want to repeal what they call Obamacare. They mean the healthcare bill approved. What about the public? What will they DO for us? We could care less about all their petty political squabbles and fights to destroy each other.

We will just ask the Republican leadership if they really want to repeal the fact that insurance companies can no longer reject us for pre-existing conditions and they can no longer dump us if we get sick. Do they really want to repeal the fact that people can keep their children on their health insurance policies until they are 26 instead of buying separate, expensive policies for the kids? Do they want to repeal more money to help senior citizens by prescription drugs? Those provisions now exist because of the new healthcare bill. They don’t really care about us. Both parties only have eyes for corporate dollars.

We work to provide daily news to all of the Eastern Sierra, in the tradition of Eastern Sierra News Service and the Sierra Wave. We bring you daily happenings, local politics, crime, government dealings and fun stuff. Please contact us.
View all posts by News Staff →
Former Mammoth police sergeant gets support from lawyer, wife and former lieutenant
Mono narcotics agents arrest seven