Let’s Face it, no one likes an out-of-town bureaucrat who comes up to dominate our lives. Los Angeles just doesn’t get it. Inyo Supervisor Susan Cash tried to help them get it when she spoke, as they say, truth to power. David Freeman is the quintessential bureaucrat, but he, like many before him, fails in Human Relations 101 in the Owens Valley. 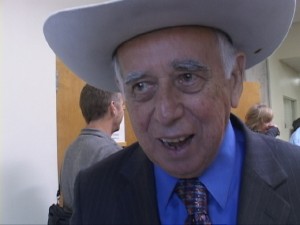 Cash summed it up, after blistering Freeman with the truth of how LA patronizes us, when she said, “Our needs are simple.” Why does LA deny us meager requests? We are the source of a lot of water, hydro-power and money for the City. So, cut the bully stuff.

Give us the kinds of things your own constituents expect. Give us a 40-year lease on Bishop Airport. In fact, give us long-term leases or a chance to buy whatever land around our town’s we want. Give our business owners a chance to buy their stores. Give us a gatekeeper at Klondike Lake. Give us utility service we can afford. Give us the respect you give your own constituents. And, give us a break – live up to the Water Agreement, which is a pathetic document at best. For Heaven’s sake, cut the snooty attitude that you’ve showered us with love, and finally, if you won’t listen to us, try Gandhi who said, in the face of Britain’s imperial power over India, “Power based on love is a thousand times more effective and permanent than the one derived from fear of punishment.” Now, that’s simple, isn’t it?

In the Overheard Department, what if the recent discussion at the Bishop City Council meeting on regulation of chicken coops in backyards had involved Mexican people and not white people? The group we heard talking said they doubted that the powers that be would have been so understanding of the chickens if they belonged to less than white people. We’re just reporting what we hear. 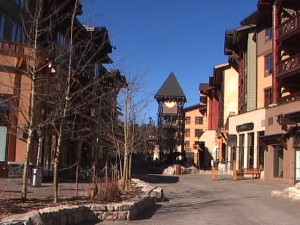 In Mammoth Lakes, we hear that the Village has grown into quite the place. New restaurants, new stores, new zip and zing. But some of the owners there fret that locals don’t like the Village and won’t come. Hey, locals, they need you, too. Others say the only real problem that just won’t go away – the parking situation. The Town almost got it right then the economy went south and so did a new parking structure.

This week, the who’s who in Mammoth headed to the refurbished Sierra Nevada Inn and Rafters Restaurant and bar. Brought back lots of memories and stories about crazy young people (who are now sober middle-aged people) who used to literally swing from the rafters at Rafters. We’re not kidding. Nostalgia is cool.

Elected representatives who ignore consumers – not cool. According to CALPIRG, which stands for California Public Interest Research Group, some of our state representatives vote more for special interests than for consumers. Why are we not surprised?

CALPIRG calculates votes in a year’s time and assigns a percentage to senators and assemblymen on how much they support consumers. Inyo and Mono’s representatives do not fare very well in their support of the little people – that’s all of us here in the Eastern Sierra.

CALPIRG ranked Inyo Assembly woman Connie Conway at 21%. Mono Assemblyman Tom Berryhill had the same low ranking, 21% support of consumers. Both of these officials voted no on mortgage and healthcare reform. Inyo Senator Roy Ashburn gained a 31% ranking of support for consumers. Mono Senator Dave Cox earned a 23% ranking. They both voted no on health insurance reform and on mortgage reform.

We do not consider this a rave review of our representatives in Sacramento. It’s the same old story – they like to vote with the guys who give them big bucks. That’s not us. The insurance industry, lawyers, any big corporation that stands to gain by control of one of the people who votes on the rules. We don’t like to repeat ourselves, but this behavior has really hurt all of us.

We work to provide daily news to all of the Eastern Sierra, in the tradition of Eastern Sierra News Service and the Sierra Wave. We bring you daily happenings, local politics, crime, government dealings and fun stuff. Please contact us.
View all posts by News Staff →
Bishop Assault Case and Victim Condition Updated
DWP Says Independence Residents Did Succeed in Their Protest of Sewer Rates