By News Staff on September 18, 2009 in Bureaucrat Beat

Lots of blah-blah-blah going on over the latest health care reform bill. This time from the Senate Finance Committee, headed by Senator Max Baucus, who wants American citizens to pay fines if they fail to buy health insurance. We in the 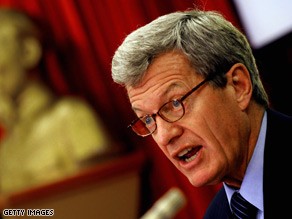 Bureaucrat Beat Newsroom don’t much like the tone or the reality of that. There’s more we don’t like.

Seems Senator Baucus has raked in about $3.4 million over the last six years from health insurance companies, drug companies, medical supply firms, hospitals and other health-related businesses. So, it appears the health moguls got what they paid for – a bill from Baucus that means more business for them.

This amounts to blatant bribery. We’re sick of looking at the grinning, well-heeled legislators as they blithely craft new law to suit their big wig benefactors. Baucus does not include a public plan that would compete with big health insurance companies and he insists everyone must, by law, buy health insurance. Hello! 46 million can’t afford it now. Baucus is an insult to democracy.

We hear the Supreme Court may hurl more insults. Reports say that the Supremes will consider cases that might allow mega corporations to contribute directly to political campaigns. Now, they have to filter their money through groups and individuals. We do not believe corporations should make direct contributions. They already control way too much of our society. 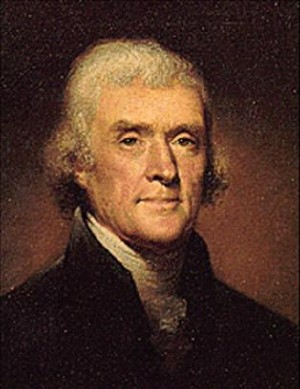 We support what Thomas Jefferson said in the 1800s. He spoke of the need to “crush in its birth the aristocracy of our moneyed corporations, which dare already to challenge our government to a trial of strength and bid defiance to the laws of our country.”

In the early decades of the United States, to become a chartered corporation a company had to have a public purpose, could not buy other corporations, had to treat small businesses and other suppliers fairly and could not lobby or take part in political campaigns. Hey! Some of these early rules made real sense. Let’s get back to them. Of course the money wagon has rolled so far down the hill, it will take people of serious character and guts to derail it.

And, another thing. Where’s the sense of urgency government should have? Even if these laggards pass a health bill, they say it will take until 2013 to make it happen. Not good enough.

Rick Phelps of our High Sierra Energy Foundation points to the practical need for fast action. This local organization works hard to make us all aware of how to save energy. The Foundation has been waiting on the California Public Utilities Commission to get on with energy efficiency partnership funding. As Mr. Phelps said, “The regulators never got the urgency memo.”

Wait do these people do over in Sacramento?

News reports say that Europeans bid farewell to the 100-watt incandescent light bulb this week. From now on, the old familiar light bulb can no longer be legally made in or imported into the European Union for domestic use. Get this. Light bulb smugglers will face big, fat fines. Now, that’s serious.

We like the beautiful displays of appreciation for volunteer and public service-oriented people in our towns. That’s kind of the antidote to all the greed and ugliness. While our scallywags in Washington and Sacramento shove their hands into me-first pockets, lots of folks here want to help the other guy first.

The Mammoth Rotary Club did a fine thing with their annual honoring of first responders and the military. It was a packed house with lots of tears and goose bumps.

The Bishop City Council started a worthy tradition – honoring local citizens who have gone above and beyond. They picked 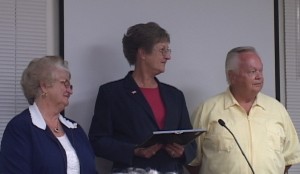 Chuck and Mary Kilpatrick this week. They truly claim a long list of community involvement and public service. Mary Mae worked the most years of anyone at Round Valley school. Their own tradition of giving warmed the hearts of the audience.

On that positively and locally lovely note,
This is Benett Kessler signing off for Bureaucrat Beat where we await your word on our lives in the Eastern Sierra and beyond.

We work to provide daily news to all of the Eastern Sierra, in the tradition of Eastern Sierra News Service and the Sierra Wave. We bring you daily happenings, local politics, crime, government dealings and fun stuff. Please contact us.
View all posts by News Staff →
New Eastern Sierra Forecast Website
Impound Fee Coming Right Up in Mammoth Lakes