The news headlines this week have led us in the Bureaucrat Beat Newsroom to one conclusion. Politicians need to get their personal lives in order. They can’t lust after power, get it and then disappear for a week on a trip to see a lover. Tacky is the least we can come up with to describe this pattern of behavior.

As one local official put it, “once you lose your credibility, it’s hard to get it back.”

Sex scandals aside, other ways to tarnish an image – outrageously bad decisions that hurt citizens. Governor Schwarzenegger sits on the verge of this as he toys with the plan to sell off part of the state’s trouble-plagued workers’ compensation insurance company. The Governator wants to sell off some of the State Compensation Insurance Fund customers to private companies. Insurance Commissioner Steve Poizner hit the ceiling and said this move would “wreak havoc on the already volatile workers’ compensation market.” Oh, swell. 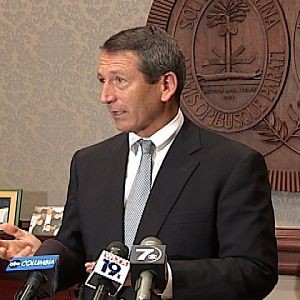 The Inyo Grand Jury report on how Inyo officials handle probationary employees has drawn many comments – some from people who said the bad experience happened to them.

The common complaint, which was uncovered by the Jury – workers during their probationary period were never evaluated and just suddenly one day told to leave. The Jury found that this practice violates rules. Not to mention that it has left workers wondering what they did wrong, feeling rejected for no apparent reason and abused by authorities. One woman told us her experience with Inyo County government was “the worst experience of my life.” Surely, someone can correct this.

Many, if not all, local businesses struggle in one way or another with the economy. We want to pass the word that Stock Building in Bishop has no current plan to close its doors as had been rumored. The parent company of Stock Building did file Chapter 11 bankruptcy, but local management assured it has nothing to do with the Bishop store. They’re open and running although there’s a chance closure will come later.

Times are tough for people. The uncertainty wears on us. One news report said that while Americans may have cut back on purchases of computers, books, appliances and jewelry, they’re still going to the dentist. Yeah. When your tooth hurts, there’s no debate.

The debate does continue in Suite Z in Mammoth Lakes over budget matters. The Town Manager has said the budget is balanced and there’s money in the bank. Then a consultant recommended another $624,000 cut. Yikes. Then Rick Wood pointed out that he had suggested some serious belt tightening and was ignored. Then the Mayor told Wood to sit down. What’s up with all this?!? As one observer put it, Mammoth Lakes loves drama.

Here’s an understated group. Public Citizen. Been around many years. We just heard about it. Not sure where we’ve been. Ralph Nader founded Public Citizen in 1971. Say what you want about Nader, but he is one dedicated iconoclast. Public Citizen says it fights for corporate and government accountability to “guarantee the individual’s right to safe products, a healthy environment and workplace, fair trade and clean and safe energy sources.” They lately have focused their powers on health care reform. We say go to it! Let’s face it, we need something like Public Citizen since so many of our elected representatives focus more on their own interests than on ours.

We hope that all of the interests in the Crowley area are fairly represented. We heard from Liz Fleming that concerns remain over a very large water tank planned to go in right in the middle of a residential area.

Fleming pointed to what she believes were misrepresentations of facts in the planning process. We’ll look further into this and hope that bureaucrats and officials can help citizens who fear that a visual blight will dominate their days.

We work to provide daily news to all of the Eastern Sierra, in the tradition of Eastern Sierra News Service and the Sierra Wave. We bring you daily happenings, local politics, crime, government dealings and fun stuff. Please contact us.
View all posts by News Staff →
Local Drug Task Forces Wait for State Budget News
Hwy 395 Will See Fourth of July Traffic and Ongoing Projects